Associates of West have been under increasing pressure to sever relationships over his controversial comments on Black Lives Matter and Jewish people in the entertainment and media industries.

Balenciaga had previously teamed up with West on a Yeezy collaboration sold at The Gap. The artist and businessman also opened their summer 2023 show at Paris Fashion Week.

Kering, the parent company of the iconic fashion house, announced the end of the relationship in a statement to Women’s Wear Daily.

“Balenciaga has no longer any relationship nor any plans for future projects related to this artist,” Kering told the magazine, but declined to elaborate further on the matter.

Mentions and photos of West had been removed from Balenciaga’s website as of Friday, October 21.

“Additionally, Balenciaga said it had removed a section on its website dedicated to the three Yeezy Gap Engineered by Balenciaga collaborations, which launched earlier this year. Those items were also no longer available on other online retailers,” Rolling Stone reports.

The magazine reports, “Ye last month terminated his partnership with Gap Inc., signaling an increasingly combative attitude that has also left his 10-year relationship with Adidas hanging in the balance. The German sportswear firm said on Oct. 6 its partnership with the Yeezy brand was ‘under review.'”

Earlier this month, it was also revealed that JP Morgan Chase is ending their relationship with West and closing his accounts. The bank gave him until late November to transfer his funds.

West had previously criticized the institution online for not allowing him direct access to Jamie Dimon, the bank’s CEO and chairman.

He later went on to vow that he would be going “death con 3” on Jewish people, who he feels have wronged him in business and the media.

The comments led to his accounts being suspended on Twitter and Instagram. Soon after, it was announced that West is planning to purchase the social media platform Parler. 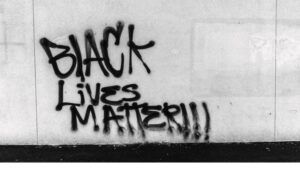