Political tensions in Italy have led to the end of a multi-party government and moved up the dates for national elections.

Right-wing members of the coalition refused to back economic legislation that included launching a pandemic recovery program that relies on funding from the European Union.

The prime minister will remain in his position as a caretaker until the nation’s election day, which is currently set for Sept. 25. Had Parliament not been disbanded, Italy would have held elections in the Spring of 2023.

Draghi had previously tendered his resignation on July 14 which was rejected by Mattarella. In a statement prior to his meeting with the president, the prime minister said that the “majority of national unity that has sustained this government from its creation doesn’t exist anymore.”

Addressing his second resignation on July 21, Draghi said there was no way for his government to move forward and asked lawmakers to continue working productively until new leadership is installed. He also expressed gratitude for Mattarella’s support.

“We must be very proud of the work we have done on behalf of the president of the republic in the service of all citizens,” he said according to DPA.

Draghi has been regarded as a stabilizing force in Italian politics and is largely popular throughout the country. A former head of the European Central Bank, he took office in February of 2021 amid the COVID-19 pandemic. Draghi, who formed a coalition government of left, right, and centrist members, is not a member of a political party.

He received a standing ovation from many members of parliament when he finished his speech announcing his resignation.

Italian law requires an election to be held within the next 70 days.

“The period we are going through does not allow for any pause in the (government) action which is needed to counter the economic and social crisis, and rising inflation,” Mattarella said during an address, per DW.

The political turmoil triggered a sell-off in the Italian financial markets. Despite the September date, experts believe political delay could push the elections until as late as November. This is also speculation that the end of the current government in Italy, the EU’s third-largest economy, could impact the euro.

Polls currently indicate Italy’s right-wing political factions, including Brothers of Italy, Forza Italia, and the League, could win an election if they are able to work cooperatively.

Should the right-wing coalition succeed, former journalist and current leader of Brothers of Italy Giorgia Meloni would likely become the next prime minister.

The 45-year-old entered politics in 2006 and founded her current party in 2012. She refused to join Draghi’s coalition government which is believed to have won public favor with Brothers of Italy.

“The will of the people is expressed in one way: by voting,” Meloni said, per Australia’s ABC News. “Let’s give hope and strength back to Italy.” 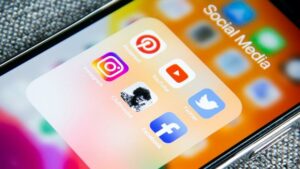