'The loyalty agreement that was the foundation of my government has gone missing,' said Prime Minister Mario Draghi

The leader of Italy’s coalition government will remain in power despite his offer to step down.

Italian Premier Mario Draghi did not receive support from a populist ally on a significant bill, leading to his resignation offer.

“The loyalty agreement that was the foundation of my government has gone missing. The majority of national unity that has sustained this government from its creation doesn’t exist anymore,” Draghi said in a statement before he formally submitted his resignation at the Quirinal presidential palace.

President Sergio Mattarella rejected Draghi’s resignation and told him to work to find a parliamentary majority that would back the bill.

“Mattarella, a revered former constitutional court judge, has proved adept over the years at appealing to a sense of national responsibility, and there are clear reasons Italy would benefit from keeping its government intact for a while longer,” reports The Washington Post. “In the autumn, it has a budget to pass. And it must carry out reforms to receive its windfall from the European pandemic recovery fund.”

The nation’s populist movement, known as the 5-Star Movement, has been the largest party in the nation since 2018 but has more recently lost some public support. The party has refused to support the economic bill which would set aside 26 million euros to aid consumers and businesses with rising energy prices.

Specifically, the group opposes a provision in the measure that would permit Rome to operate a garbage incinerator on the outskirts of the city. The 5-Stars have cited environmental concerns although some politicians have said the city is in urgent need due to hazardous trash collection and overflowing dumpsters.

Draghi took office in February of 2021 and leads a left-to-right coalition formed to help Italy recover from the effects of the lockdown order due to the COVID-19 pandemic. He has been regarded as a unifying force for the nation.

His government won a confidence vote regarding the policy package 172-39 in the Senate on July 14. None of the 5-Star Movement members attended the vote, heightening uncertainty in the Italian political sphere.

Draghi, a former chief of the European Central Bank, has said there is no coalition government without the populist group even though he has a majority without them, per EuroNews.

On July 20, the Senate will hold another confidence vote – this time on the viability of Draghi’s government.

“Draghi has governed with the support of virtually all of Italy’s main parties, with the exception of the fast-rising far-right Brothers of Italy party,” reports AP News. “The potential implosion of Draghi’s coalition triggered fresh demands by the party’s leader, Giorgia Meloni, for an early election that she hopes will be her springboard to becoming Italy’s first woman premier.”

Italy is scheduled to hold its next parliamentary elections in June of 2023. Political instability could potentially force the nation to hold the elections sooner. 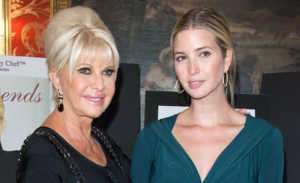