A British jury deliberated for 18 minutes before returning a guilty verdict for the man charged with killing lawmaker Sir David Amess.

Ali Harbi Ali stabbed Amess 21 times inside a Belfairs Methodist Church in Leigh-on-Sea on Oct. 15, 2021, where he was meeting with voters.

The 26-year-old had spent years planning and plotting possible attacks on lawmakers. He denied the charges brought against him and said that Amess “deserved to die as a result of voting for airstrikes on Syria in 2014 and 2015,” per CBC.

Described by prosecutors as a “committed, fanatical, radicalized Islamist terrorist,” Ali is of Somali descent and was born in London. His father was a former media adviser to a prime minister of Somalia.

“This was a horrific act of terrorism motivated by religious and ideological beliefs,” said Nick Price, Head of the Crown Prosecution Service’s Counter Terrorism Division, per Reuters. “Ali chose to commit this abhorrent crime for his own selfish and hateful reasons.”

Rebecca Hayton, an aide to Amess, told investigators after the attack that Ali had been “relaxed and chatty” during the community meeting and then pulled out a 12-inch knife.

Ali told investigators that conducted research into his attacks that he had formed plans to kill two other lawmakers, including cabinet minister Michael Gove. He said he ultimately selected Amess because he was “the easiest.”

“If I thought I did anything wrong, I wouldn’t have done it,” Ali said during a police interview.

Amess was 68 year sold at the time of his death.

“Sir David Amess was a beloved colleague, public servant and friend who championed the city of Southend in everything he did,” Johnson wrote on Twitter. “My thoughts today remain with Julia, the Amess family and all those who knew and loved him.”

Sir Lindsay Hoyle, the Commons Speaker, wrote that “it was shocking and distressing to watch the trial unfold and hear the details of the case.”

He described Amess as “a man devoted to his family, to Parliament and his Southend West constituency.”

“He was well-liked by all and during his almost four decades as an MP, he built a reputation for kindness and generosity,” Hoyle said in his statement.

Brendan Cox, whose wife Labour MP Jo Cox was murdered by a right-wing extremist in 2016, said there “there was no other possible verdict.”

“Terrorists may cite different ideologies. But what unites them is their desire for infamy, their cowardly attacks on the unarmed and the total failure to advance their cause,” he wrote on in a thread on Twitter.

Today I am thinking of my dear friend Sir David Amess. My thoughts are with him, his family & the people of Southend, a place he devoted his life to serving.

David was a kind, compassionate and loyal colleague. He represented the best values of our parliamentary democracy. 1/3

Good. Justice delivered though we will never have Sir David back. https://t.co/mb3H39GAZU

Ali refused to take the stand on April 11 when the verdict was read. 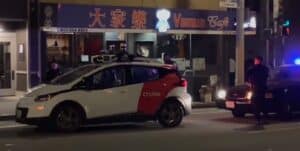