A driverless taxi was pulled over by police last weekend and San Francisco for driving without its headlights on.

In a video of the incident, the repurposed Chevy Bolt is seen apparently attempting to flee from the police — before finally stopping and turning on its hazard lights down the road.

Once the vehicle is stopped, the officers are seen circling the vehicle and attempting to figure out how to turn the headlights on.

Cruise spokesperson Aaron Mclear told The Verge that the taxi was not actually attempting to escape from police, but rather find a safer place to pull over. The report noted that human drivers can not get away with doing something like that quite so easily.

“The vehicle yielded to the police car, then pulled over to the nearest safe location for the traffic stop,” Mclear said. “An officer contacted Cruise personnel and no citation was issued. We work closely with the SFPD on how to interact with our vehicles and have a dedicated phone number for them to call in situations like this.”

Mclear said that the headlight issue has now been fixed.

The report added, “Cruise, a subsidiary of General Motors, uses LIDAR technology to power its vehicles’ self-driving capabilities. The company has been using the cars to shuttle around its San Francisco-based employees since 2017, but only just opened a waiting list to taxi the city’s general population.”

In 2018, a self-driving Uber struck and killed a woman in Arizona. An investigation into the incident found that the vehicle had showed no sign of slowing down before the crash.

The car had a back up human driver, Rafaela Vasquez, but he was watching an episode of The Voice at the time and failed to take control and stop the vehicle.

Vasquez was charged with negligent homicide and her trial is set to begin this year.

“I feel betrayed in a way,” she told Wired. “At first everybody was all on my side, even the chief of police. Now it’s the opposite. It was literally, one day I’m fine and next day I’m the villain. It’s very – it’s isolating.”

Uber did not face criminal charges, as the investigation determined that there was “no basis for criminal liability” for the company. 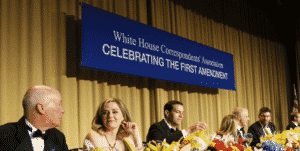