Sir David Amess, a conservative member of parliament in southeast England, was stabbed to death on Friday while meeting constituents.

The incident took place at Belfairs Methodist Church in Leigh-on-Sea.

“Sir David, who represented Southend West, was holding a constituency surgery – where voters can meet their MP and discuss concerns – at Belfairs Methodist Church in Eastwood Road North,” BBC reports.

Aerial images show the scene of the stabbing.

According to reports, Sir David was alive when Essex Police arrived shortly after 12:05 BST, but soon died at the scene.

The 69-year-old politician, husband, and father of five had been an MP since 1983. He was well-known for his firm stance against abortion and support for animal welfare issues.

Southend councillor John Lamb, who was at the scene after the stabbing, spoke highly of Sir David to the BBC.

“He’s always trying to help people, and especially refugees he’s tried to help. He’s a very amicable person and he does stick by his guns, he says what he believes and he sticks by it,” Mr Lamb said.

The Jo Cox Foundation, the charity set up in memory of the MP who was murdered in 2016, told the British broadcaster that it was “horrified” by the stabbing.

“We are thinking of him, his family and loved ones at this distressing time,” the foundation said.

A 25-year-old suspect has been arrested, but further details on his identity had not yet been released at time of publishing. The police have said that the knife was recovered and that they are not seeking any additional suspects at this time. 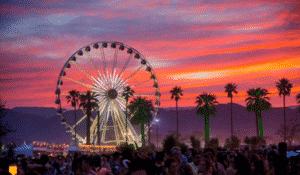