The Governor’s Office of Management and Budget released a Jan. 14 report to the Legislative Budget Oversight Commission detailing the distribution of the federal funds.

The chapter is currently being evicted from its office across the street from the Lake County Courthouse, according to county records.

According to a White House fact sheet describing the funding that was published in April, BLM received a grant to stop “the increased potential for violence in underserved and disproportionately impacted communities.”

The president of the Lake County BLM chapter, Clyde McLemore, was arrested in Kenosha Wisconsin in early 2021 and charged with felony battery of a police officer. He was also charged with disorderly conduct for allegedly kicking in the door of a city courthouse and threatening a Kenosha police officer.

McLemore took part in the demonstrations that gave way to destructive riots in cities across the United States following the death of George Floyd in the summer of 2020.

“We won’t stop protesting until we get that done,” he told the Merco Press in August of 2020. “I don’t condone burning of buildings or looting, but I understand it. Them places got insurance, they’ll be back up.”

Shaquita Cornelious, the co-chairman of the Lake County chapter of BLM, was arrested in November outside of the Kenosha courthouse during the trial of Kyle Rittenhouse. The 24-year-old was charged with disorderly conduct, resisting arrest, and possession of marijuana, per Fox News.

In addition to the money given to BLM, Pritzker’s office used the federal COVID-19 funding to award two different grants to the Welcoming Centers for Immigrant Integration Services — one for $14 million and one for $5 million. The report indicates $258 million covered the operational expense of the  Illinois Emergency Management Agency.

Pritzker spoke favorably of BLM in June of 2020. He participated in March in the Chicago suburb of Matteson on June 8, 2020. He told reporters at the time that it was necessary to repair the damage done to black communities. 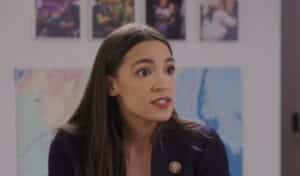