BREAKING NEWS: Kyle Rittenhouse Found Not Guilty on All Charges

The jury's verdict was returned on Nov. 19 just after 12 P.M. Central Time

Kyle Rittenhouse was found not guilty of all five charges brought against him by the state of Wisconsin.

He reminded those in the courtroom that no strong reaction would be permitted.

“It is understood that many people do have strong feelings,” he warned. “But we can’t permit any kind of reaction to the verdict.”

When Rittenhouse was pronounced “not guilty” on the last charge involving Grosskreutz, he collapsed into his chair.

“The motion of the defendant is granted,” Schroeder said. “The charges against the defendant on all counts are dismissed with prejudice and he is released from the obligation of his bond.”

“The jury, which represented our community in this trial, has spoken,” Assistant District Attorney Thomas Binger said when addressed by the judge.

The ADA has already said that the state would not comment after the verdict was returned.

The jury deliberated for four days after following a heated trial. Judge Schroeder repeatedly reprimanded the prosecution for its conduct and treatment of Rittenhouse during cross-examination. The defense, at one point, requested a mistrial with prejudice.

Rittenhouse was 17 when he traveled to Kenosha, Wisconsin on Aug. 25, 2020, to offer aid during riots that had plagued the city following the shooting of Jacob Blake. He brought an AR-15 and was eventually entangled in an altercation with several men who were on the streets that night. In the altercation, he fatally shot two men and injured another.

The teenager and his defense team maintained that he acted in self-defense.

One charge of curfew violation and one gun possession charge were dropped during the course of the trial.

This is a developing story and will be updated accordingly. 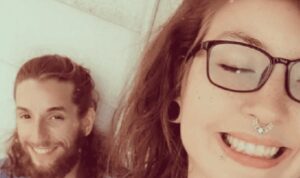