New York Democratic Rep. Alexandria Ocasio-Cortez believes that Meta, the company formerly known as Facebook, should be broken up and “subject to antitrust activity.”

Breaking up the social media giant is one cause that many of her Republican colleagues agree with, though their motivations are very different.

The congresswoman discussed the issue during an interview with Yahoo Finance published on Tuesday.

“We should pursue antitrust activity on Facebook, and there are so many different reasons why,” the congresswoman told Yahoo Finance’s editor-in-chief, Andy Serwer, citing the fact that Meta has so many assets built into one company.

$FB “should be broken up,” Rep. @AOC says. “We should pursue antitrust activity on Facebook, and there are so many different reasons why.” Full comments:https://t.co/Jb7k9tf4PH pic.twitter.com/m7EBCe6fmo

The reason for Ocasio-Cortez wanting to break up the tech giant is the spread of “disinformation” during the COVID-19 pandemic.

“When you look at a company like Facebook, and the completely corrosive ways that they have exercised an abuse, I believe, in civil society writ large – not just our democracies but … other countries – when we talk about the production of vaccines or perhaps what we can do to … help them – they say … there are some things that the United States provide that are welcome,” she said. “There are also things that we want the United States to stop exporting, and one of those things is disinformation.”

The congresswoman alleged that Facebook sabotaged “the global effort to fight against the coronavirus.”

Ocasio-Cortez also took issue with the platform for  “accelerating large-scale, very dangerous and some would call genocidal activities in places like South Asia, etc., human rights abuses” and “hate” in the United States.

Fox News noted, “the call to break up Facebook is not new; in 2020, 48 state attorneys general led by New York Attorney General Letitia James filed an antitrust lawsuit against Facebook in a bid to curtail what they described as the company’s ‘illegal monopoly’ over the social media industry.”

“The Federal Trade Commission (FTC) launched its own antitrust suit against Facebook in 2020, calling for the company’s acquisitions of Instagram and WhatsApp to be unwound. James said the coalition of attorneys general would coordinate with the FTC on ongoing legal action,” the report continued.

“The bill would prohibit tech platforms from ‘favoring their own products or services, disadvantaging rivals, or discriminating among businesses that use their platforms in a manner that would materially harm competition on the platform.’ It would also forbid dominant platforms from preventing interoperability with other services and from leveraging another company’s data on the platform to compete against them,” Tech Crunch reports. 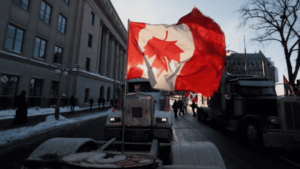