‘It’s common sense,’ the governor said of the bill

South Carolina officially barred transgender athletes from competing on sports teams that do not align with their sex at birth.

Governor Henry McMasters signed the Save Women’s Sports Act into law this week after months of resistance from state Democrats.

“We have to do everything we can to protect the young men and women in our state who choose to pursue athletic competition, and that’s why I proudly signed this bill into law yesterday,” McMasters wrote in a statement shared online on May 17.

Under the new law, public schools and colleges in South Carolina are required to have student-athletes play on teams that correspond with the gender listed on their birth certificates. Schools are permitted to allow girls to play on boys’ teams when a girls’ team is not available and they can field co-ed teams when appropriate.

While McMaster had previously told reporters that he thought “the girls ought to play girls and the boys ought to playboys,” his support for the bill was not considered a guarantee.

Democratic Senator Brad Hutto had warned the bill could cause major sports organizations, like the NCAA, to stop hosting tournaments in the state out of opposition to the rule.

“The NCAA moved tournament games and the NBA postponed an all-star game in North Carolina after that state’s legislature approved a law in 2016 that directed transgender people to see public bathrooms and showers that match the gender on their birth certificates and repealed local laws expanding LGBTQ protections,” reports South Carolina Public Radio. “They returned after the law was partially appealed.”

House Democrats attempted to block the bill by adding over 1,000 amendments to the proposal. After the ploy proved unsuccessful, it was passed in early April and sent to the state Senate, which also passed the policy.

South Carolina now joins a number of states, including Texas, Mississippi, South Dakota, and Utah, in enacting legislation that regulates which teams transgender athletes can join. 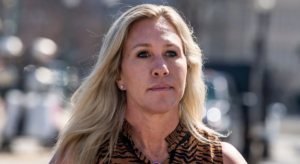