Ghislaine Maxwell’s attorneys have filed a motion to overturn her sex trafficking conviction and have the case be retried due to a juror’s failure to disclose sexual abuse as a child.

Maxwell’s attorneys announced that they had filed a motion for retrial under seal late Wednesday.

In a letter to U.S. District Judge Alison Nathan, the legal team made reference to a juror known as Scotty David.

“For the reasons set forth in the Motion, we request that all submissions pertaining to Juror No. 50 remain under seal until the Court rules on the Motion,” attorney Bobbi Sternheim wrote.

Maxwell and her team are hoping for a retrial in her recent sex trafficking case after a juror revealed he told the jury about his own sexual abuse as a child. David told the media that he had shared the childhood experience during deliberations, potentially affecting the verdict.

However, question 48 of the 50 in the jury questionnaire asked precisely that. David claimed that he did not recall that question but had answered all questions “honestly.”

The juror has since retained a lawyer after the events surrounding his experiences were revealed.

Maxwell was convicted on five federal charges related to sex trafficking last month. The charges are related to her role in assisting Jeffrey Epstein in selecting and grooming sexual abuse victims. Currently, Maxwell faces up to 65 years in prison based on sentencing guidelines for her conviction.

In early January, Maxwell’s lawyers said that there were “incontrovertible grounds” for a new trial. They have continued to state the confessions of abuse by the juror point to a mistrial.

Prosecutors previously requested that Judge Nathan conduct an inquiry into the juror’s statements. They now have until February 2 to respond to Maxwell’s motion to overturn her conviction.

Legal experts have said Maxwell would not likely be guaranteed a new trial. They noted that cases of juror dishonesty leading to overturned verdicts generally involved jurors who intentionally lied in order to be selected for the jury. 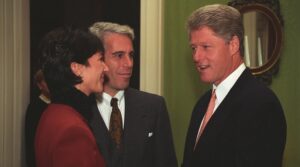