The Hungarian Grand Prix Took Place in Budapest on Sunday

Four Formula One drivers were reprimanded after they did not remove shirts promoting LGBTQ+ issues before the national anthem at the Hungarian Grand Prix.

Mercedes’ Valtteri Bottas, Ferrari’s Carlos Sainz, and Aston Martin’s Lance Stroll all wore “We Race As One” t-shirts during the anthem.

The “We Race As One” campaign was launched by Formula One in 2020 to promote sustainability, community, diversity and inclusion. On its website, the organization describes the initiative as “a platform aimed at tackling the biggest issues facing our sport and global communities, underpinning the Formula 1 strategy to make a tangible difference in the world in which we race.”

The organizations found the drivers to be in breach of the FIA International Sporting Code. They received non-driving reprimands.

“Drivers are free to wear apparel with a message that is supportive of the initiative’s principles. But they were instructed to remove any such t-shirts before the national anthem and wear their race suits in a pre-race note issued by race director Michael Masi,” says Reuters.

The drivers say they all forgot because of the rain preceding the anthem.

Hungary recently implemented a law that bars promoting homosexuality and gender conformance issues to people under the age of 18.

This caused problems during Euro 2020 when the mayor of Munich applied to light up his city’s stadium with rainbow light to protest the nation’s policies. His request was denied for being political in nature.

Vettel and seven-time world champion Lewis Hamilton have both spoken out against Hungary’s legislation.

“I’m happy if they disqualify me. They can do whatever they want to me, I don’t care. I would do it again,” Vettel told AutoSport.

He finished second in the race but was then disqualified for fuel irregularity. He “crossed the line 1.8 seconds behind first-time race winner Esteban Ocon [but] did not have enough fuel left in his Aston Martin to provide a sample after the race as required by the rules,” says Kildare Nationalist.

The German driver races for Aston Martin, who is appealing the decision. 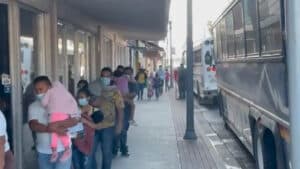