New data shared by Fox News’ Bill Melugin is shedding more light on the chaos unfolding along the US-Mexico border, with statistics showing at least 7,000 COVID-positive migrants have been released by federal agents into McAllen, TX.

“A local state of disaster in McAllen has been declared,” Melugin posted on Twitter Wednesday.

On Monday, we watched Border Patrol drop off bus loads of migrants in downtown McAllen all day long. Every 30 minutes. Hundreds released in front of us. https://t.co/G4ENHuX7sJ

Largest monthly encounter number since 2000. Total is bigger than every full-year total since FY21

“[It’s the] largest monthly encounter number since 2000. Total is bigger than every full-year total since FY21,” Roy posted on Twitter.

“Now, take that and factor this in: CBP agents and officers have seized more than 8,500 lbs of fentanyl during the first 9 months of FY21[.] That’s not only an increase of 234% year over year[.] It’s enough to kill everyone in America five times over, (since 2mg can be fatal),” he added. 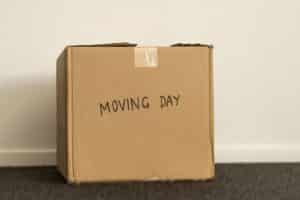 Americans Moved Because of COVID-19, Reshuffling Many Metro Areas