'I'm humbled and honored by this unexpected opportunity,' said Ricketts

The Nebraska senate seat vacated by Ben Sasse will be filled by the state’s former governor.

Pete Ricketts was the 40th governor of Nebraska who took office in 2015. He was reelected in 2018 and could not seek office again because of term limits. A Republican who graduated from the University of Chicago,  he began his career as a customer service representative for Union Pacific before joining his family business – which eventually became known as Ameritrade.

When it became apparent that then-Senator Ben Sasse intended to step down if the University of Florida asked him to become its president, Ricketts said he would leave appointing a replacement up to his successor.

Sasse was in the middle of his senatorial term. A former university administrator and professor, Sasse called the University of Florida “the most important institution in the nation’s most economically dynamic state.”

“He also stressed the need to try to persuade more young people to remain in the state instead of moving away,” reported AP News.

Ricketts donated $100,000 to Pillen’s camping and about $1.3 million to a political action committee that ran ads attacking the other  Republican challenger, Charles Herbster, who had been endorsed by President Donald Trump.

On Jan. 12, 2023, Pillen appointed Ricketts to the Senate. He will serve a two-year term and can run for the seat during a special election in 2024.

“Pete Ricketts fits the bill,” said Pillen in a statement. “He is hard-working, a positive leader, and someone who advocates for conservative and Christian values. Pete has a proven record of serving the state, both in times of plenty and in times of crisis. These are the attributes that he will take with him on his journey to Washington.”

Pillen said he wanted someone “who would represent the state’s values and ideals,” “who understood the nature of the job and could hit the ground running,” “who was committed and wanted the position for the long term,” and “who would garner support from Nebraskans across the state.”

More than 110 people applied to fill the vacancy. According to the governor’s office, nine were interviewed.

“I’m humbled and honored by this unexpected opportunity to continue serving the people of Nebraska,” said Ricketts. “It’s never been more important that we advance Nebraska’s interests and commonsense, conservative values in Congress, and that’s what my focus will be.” 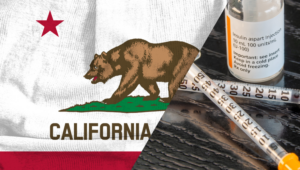