California Attorney General Bob Bonta announced Thursday that the state would be pursuing legal action against insulin producers Eli Lilly, Novo Nordisk, and Sanofi, accusing the companies of engaging in a scheme to increase the cost of the drug illegally.

Bonta, who is also holding distributors CVS Caremark, Express Scripts, and Optum RX responsible, is demanding the companies provide patients damages to the tune of millions of dollars he says diabetics were wrongfully paying for their life-saving treatments.

The lawsuit, which is to be filed in Los Angeles County Superior Court, is just the latest in a string of lawsuits faced by the pharmaceutical industry. Attorneys general in Kansas, Arkansas, Mississippi, Minnesota, and Kentucky have also filed lawsuits.

“Insulin is a necessary drug that millions of Americans rely upon for their health, not a luxury good. With today’s lawsuit, we’re fighting back against drug companies and PBMs that unacceptably and artificially inflate the cost of life-saving medication at the expense of vulnerable patients,” said Attorney General Bonta. “No one should be forced to ration or go without basic medication that could mean the difference between life or death. California will continue to be a leader in the fight to ensure everyone has equal access to affordable healthcare and prescription medications they need to stay healthy.”

According to a 2020 RAND Corporation study that measured the consumer cost of insulin in several countries, patients in the United States paid, on average, ten times more than patients in every other country.

In the United States, the average cost of insulin is $98 while, in Canada, consumers pay just $12.

In a normal-functioning body, the pancreas produces and secretes insulin which cells then use to convert food into energy. A diabetic’s pancreas, however, is unable to supply enough insulin for the body to use and those with Type 1 diabetes must take insulin daily.

Insulin was discovered in 1921 and the patent was sold to the University of Toronto for just $1. 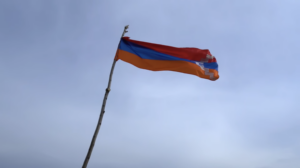