A Republican senator is expected to announce his plans to leave politics for a position at the University of Florida.

Senator Ben Sasse of Nebraska is the only finalist to take over as the institution’s 13th president. The University of Florida released a statement on Oct. 6 announcing he had been unanimously recommended by the Board of Trustees

He is one of the 17 Republican members of Congress who voted in favor of the impeachment of Donald Trump.

Sasse has a bachelor’s degree from Harvard University and a Ph.D. in American History from Yale University. He served as the president of Midland University before leaving for the US Senate. He has also taught at the University of Texas at Austin.

“This is right for the University of Florida, right for the state of Florida and right for the Sasse family,” said the Presidential Search Committee Chairman Rahul Patel. “Ben brings intellectual curiosity, a belief in the power and potential of American universities, and an unmatched track record of leadership spanning higher education, government and the private sector.”

Sasse called the University of Florida the “most interesting university in America right now” and “the most important institution in the nation’s most economically dynamic state.”

“The caliber of teaching and research at UF is unmistakable, carried out through the core principles of shared governance and academic freedom. I’m thrilled about the opportunity to work alongside one of the nation’s most outstanding faculties,” said Sasse in the announcement.

Sasse is scheduled to visit the campus on Oct. 10. The school’s Board of Trustees could name him the next president, pending confirmation by the Florida Board of Governors.

Sasse was first elected in 2014 and reelected in 2020. During both elections, he won all 93 counties in Nebraska. His current term would end in 2027.

On a town hall call in 2020, Sasse decried Trump as a narcissist who “mocks evangelicals behind closed doors.”

“I’m not at all apologetic for having fought for my values against his in places where I think his are deficient, not just for a Republican but for an American,” he said, per NBC News. “The way he kisses dictators’ butts. I mean, the way he ignores that the Uighurs are in literal concentration camps in Xinjiang right now. He hasn’t lifted a finger on behalf of the Hong Kongers.”

The senator also accused Trump of “[flirting] with white supremacists” and “driving the country further to the left.”

Sasse told CNN in 2018 that he thought about leaving the Republican Party “every morning” and that he regarded himself as an independent who caucused with the party.

According to Newsweek, Sasse’s seat could be filled by outgoing Nebraska Governor Pete Ricketts who cannot seek reelection due to term limits.

“I’d expect that this would happen after the new governor—who will almost certainly be Republican nominee Jim Pillen, a close Ricketts ally—takes office in January,” Geoff Lorenz, an assistant professor of political science at the University of Nebraska-Lincoln, told the outlet. 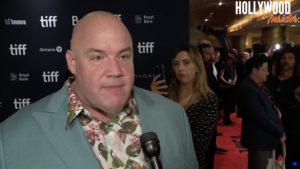