Sasse was the only finalist during the University of Florida’s search for a new president. The Nebraska official was first elected in 2014. Prior to his position in the federal government, Sasse was the president of Midland University.

In December, Sasse announced he would resign on Jan. 8 to return to secondary education.

Sasse has been a vocal critic of President Donald Trump, who won Nebraska in both 2016 and 2020. He and six other Republicans voted to convict Trump during the second impeachment trial brought against the president.

“I’m just sad for him as a human because obviously there’s a lot of complicated stuff going on in that soul,” Sasse said of Trump while speaking with the Omaha World-Herald, which pointed out that he voted with the president 85% of the time. “Just at a human level, I’m sad for him to be that needy and desperate. But at a policy level, I always loved that he kept his word on the judges. … And so we got to work closely on judges.”

He told the outlet he regards his work on the Senate Intelligence Committee as his most gratifying work.

“A pretty great byproduct of my Intel life is that I spent a lot of time abroad at CIA stations and on the edge of war zones,” Sasse said. “Getting to thank people there is a pretty meaningful stewardship responsibility.”

When news broke that Sasse was the only candidate the University of Florida was considering, Trump celebrated the Nebraska official’s impending departure from DC.

“Great news for the United States Senate, and our Country itself. Liddle’ Ben Sasse, the lightweight Senator from the great State of Nebraska, will be resigning,” Trump wrote in a post on Truth Social.

“The University of Florida will soon regret their decision to hire him as their president,” continued Trump. “We have enough weak and ineffective RINOs in our midst. I look forward to working with the terrific Republican Party of Nebraska to get a REAL senator to represent the incredible people of that state.”

Sasse is expected to begin working at the University of Florida next week with an annual salary of $1 million.

Nebraska’s new governor Jim Pillen will select Sasse’s replacement. The replacement will serve a two years term leading up to a special election in 2024, the winner of which will serve a 6-year term. According to local reporting, Pillen may select his gubernatorial predecessor Pete Ricketts to fill the vacancy. 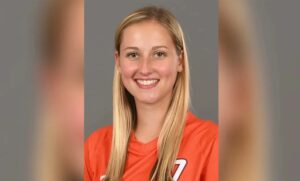