A former Virginia Tech soccer player who filed a lawsuit alleging that she was benched for refusing to kneel in support of the Black Lives Matter movement has received a $100,000 settlement agreement.

Kiersten Hening is receiving the money from the head coach as part of an agreement to dismiss a federal lawsuit that alleged her First Amendment rights were violated.

The Roanoke Times spoke to one of Hening’s attorneys Cameron Norris who said that the settlement included no admission of wrongdoing by either his client or Charles “Chugger” Adair, the coach in question.

Hening claimed that Adair removed her from her starter position when she refused to kneel during a “unity ceremony” at the start of a 2020 game as BLM riots swept cities across the nation over the death of George Floyd. She quit the team two games later over an alleged “campaign of abuse and retaliation” by the head coach.

The university argued that she was benched strictly due to performance issues.

Adair tweeted about the settlement on Wednesday, saying, “I am pleased the case against me has been closed and I am free to move forward clear of any wrong doing.”

“It’s unfortunate, but this ordeal was about a disappointment and disagreement about playing time,” he said. “Today, we have clarity that this case lacked any standing, and without evidence, the truth has prevailed.”

If by clarity you mean you are paying my client six figures in a settlement then you’re right that’s pretty clear. Honestly, Coach, read the Court’s opinion. You are paying. Defendants don’t pay in cases that have no standing.

Attorney Adam Mortara replied to Adair’s tweet, saying “If by clarity you mean you are paying my client six figures in a settlement then you’re right that’s pretty clear. Honestly, Coach, read the Court’s opinion. You are paying. Defendants don’t pay in cases that have no standing.”

“Kiersten Hening was benched for her free speech and you paying a giant settlement proves it,” Mortara continued. “We would like to thank you and your bosses at Tech for paying the equivalent of several years of tuition.”

The settlement must be approved by university and state officials before it is finalized.

Hening’s suit originally sought for her to be reinstated on the team, but she has since graduated and is not eligible. 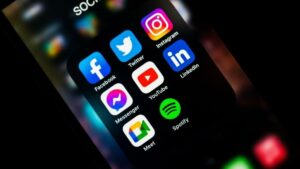