The Seattle Public School District has filed a lawsuit against multiple social media and Big Tech companies for worsening a mental health crisis among students.

The 90-page complaint was filed on Friday in U.S. District Court in Seattle.

The lawsuit alleges that Snapchat, Google and YouTube’s parent company Alphabet Inc., Meta (parent company of Instagram and Facebook), and TikTok-owner ByteDance have purposely designed their platforms to make them addicting for young people and that it is interfering with the learning environment in schools.

“Defendants have successfully exploited the vulnerable brains of youth, hooking tens of millions of students across the country into positive feedback loops of excessive use and abuse of Defendants’ social media platforms,” the lawsuit said, according to a report from Reuters.

“This mental health crisis is no accident,” the suit continues. “It is the result of the Defendants’ deliberate choices and affirmative actions to design and market their social media platforms to attract youth.”

The school district seeks “the maximum statutory and civil penalties permitted by law” and claims that the companies have violated the state’s public nuisance law.

There are hundreds of similar lawsuits filed by families against the various social media platforms, but this seems to be the first one filed by a school district.

According to a report from Geek Wire, the complaint includes “surveys showing a 30% increase from 2009 to 2019 in the number of Seattle Public Schools students who said they felt ‘so sad or hopeless almost every day for two weeks or more in a row that [they] stopped doing some usual activities.'”

The report also noted that “SPS in 2019 was among thousands of organizations and institutions that filed lawsuits against JUUL Labs over its marketing of e-cigarettes to youth. The company announced a global settlement of those cases last month.”

The district also filed a friend of the court brief in Gonzalez v. Google, a lawsuit against the Big Tech giant brought on by the family of an American ISIS attack victim. The lawsuit claims that the attacker was radicalized through videos allowed to spread on YouTube.

There are currently 49,000 students and 106 schools within the district. 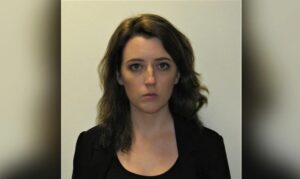