A district court in Arkansas will review a law banning doctors from offering hormones, puberty blockers, or genital surgeries to minors who identify as transgender.

Arkansas enacted in April a law prohibiting doctors from prescribing hormone therapies or recommending surgery to minors who identify as transgender. The physicians are also barred from referring a patient to another medical provider for the prohibited treatments and would include minors already undergoing gender reassignment.

Doctors who violate the ban could lose their licenses or possibly be sued.

The state legislature overrode a veto from Republican Governor Asa Hutchinson, saying it included “vast government overreach” and “a product of the cultural war in America.” Arkansas was the first state in the nation to adopt a ban although similar legislation was introduced in 20 other states last year and 13 in 2022.

U.S. District Judge Jay Moody temporarily blocked the ban in later July – six days before it was scheduled to go into effect. Moody will not hear evidence as to whether or not the ban violates the constitution.

The opponents of House Bill 1570, which includes the families of four minors who identify as transgender and two doctors, say it is discriminatory because it “intrudes on parents’ rights to make medical decisions for their children and infringes on doctors’ free speech rights,” per NBC News.

“HB 1570 is one of the most extreme and harmful anti-trans bills in the country,” said the American Civil Liberties Union in a statement last March. “Trans girls are girls and trans boys are boys. Denying kids the right to gender-affirming care is denying them the right to be who they are.”

The bill is also known as the Save Adolescents From Experimentation Act.

The Family Research Council, an advocate for the policy, argues the prohibition on gender-alteration procedures protects underage Americans.

“The staggering growth of transgenderism has left children vulnerable to life-altering procedures such as puberty-blocking drugs, cross-sex hormones, and irreversible surgeries,” wrote the FRC. “These unscientific, destructive gender transition procedures should not be allowed to interrupt the development of children and irreversibly alter their bodies.”

Other proponents of the law have said it is within the bounds of the state’s authority to regulate medical practices.

“This is about protecting children,” said Attorney General Leslie Rutledge, per The Arkansas Democrat-Gazette. “Nothing about this law prohibits someone after the age of 18 from making this decision. What we’re doing in Arkansas is protecting children from life-altering, permanent decisions.”

Moody’s preliminary injunction was upheld by a three-judge panel of the 8th U.S. Circuit Court of Appeals in August.

The trial is expected to last two weeks. 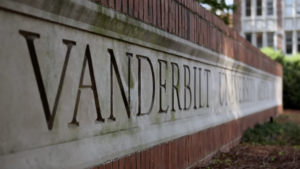 'It Won’t Stop Until It’s Banned By Law In This State': Vanderbilt Employee Warns Of Continued Transgender Surgeries For Minors