Ban on Gender-Transitioning Treatments for Children Temporarily Blocked in Arkansas

A federal judge has temporarily stopped Arkansas from banning gender-transitioning treatments for minors under the age of 18.

The state’s ban, known as HB 1570, was a landmark bill that the legislature enacted in April. It was set to go into effect in just six days, on July 28.

Under its regulations, doctors would be prohibited from providing puberty blockers, cross-sex hormones, or gender transition surgeries to minors.

The ACLU argued in their challenge that the law could have “serious and potentially life-threatening consequences” for teens who identify as transgender because would be cut off from medical care that their parents and doctors agree is necessary.

The ACLU considers bans like Arkansas’s to be “anti-trans” and tracks which states are “advancing bills that target transgender people, limit local protections, and allow the use of religion to discriminate,” according to its website.

The bill has amassed a variety of supporters and detractors. At least 17 attorney generals asked Judge Moody to uphold HB 1570. WCAX says ”several major medical groups, including the American Medical Association and the American Academy of Pediatrics, filed a brief with the court challenging Arkansas’ ban. The state Chamber of Commerce and the Walton Family Foundation, which was founded by relatives of Arkansas-based Walmart’s founder, also asked the court to block the ban.”

Hormonal regimens and surgical procedures are argued by some to be standard care for transgender and gender-non-conforming youth. They are not universally accepted nor is there a comprehensive database available to study the results of these treatments.

The American Academy of Pediatrics published an article titled Ethical Issues in Gender-Affirming Care for Youth that stated “although available data describing the use of gender-affirming treatment options are encouraging, and the risks of not treating TGNC youth with gender dysphoria are evident, little is known about the long-term effects of both hormonal and surgical interventions in this population.”

“This evidence-based law was created because we cannot allow children as young as 9 years old to receive experimental procedures that have irreversible, physical consequences,” Rutledge said in a statement following the judge’s ruling. “I won’t sit idly by while radical groups such as the ACLU use our children as pawns for their own social agenda.” 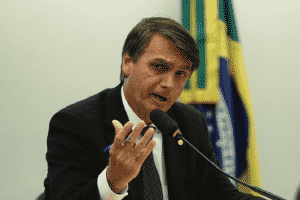