'It Won’t Stop Until It’s Banned By Law In This State': Vanderbilt Employee Warns Of Continued Transgender Surgeries For Minors

'I Applaud Matt Walsh And The Team There. I Hope They Don’t Let This Go'

Current and former employees of Tennessee-based VUMC anonymously spoke with the outlet regarding pediatric gender surgeries brought to light by the Daily Wire’s Matt Walsh in September. The University’s medical center has reportedly stopped its practice on minors since Walsh’s investigation after receiving pressure from state lawmakers though sources warned procedures may continue unless legislation is passed.

“Vanderbilt is a liberal-led institution, and anytime anybody lets pressure off they’ll continue to push these types of procedures,” one source told the outlet.

“It won’t stop until it’s banned by law in this state,” a second source added.

“Many of us…aren’t okay with what is happening,” a third source said.

“We’re creating a bigger problem by ‘affirming’ instead of treating the root of the problem: why someone feels gender dysphoric to begin with,” said one source. “I don’t know of any other diagnosis where we affirm instead of treat. We don’t affirm dementia patients of their belief that it’s really the 1940s and we don’t affirm schizophrenic patients of their belief that they’re being spied on.”

Walsh initially reported on Vanderbilt’s Dr. Shayne Taylor, who said the university could garner significant revenue from certain medical gender surgeries performed as well as many follow up appointments.

“Insurance carriers are mandated to cover medical expenses for trans folks,” said Taylor in regards to the Affordable Care Act. “These surgeries make a lot of money.” Taylor further cited surgeries could bring in up to $100,000 in revenue from insurance payments.

Another doctor affiliated with the university claimed religious objections to transgender surgery was “problematic” for doctors opposing medical gender transition surgeries for minors.

“I just want you to take home that saying that you’re not going to do something because of your religious beliefs is not without consequences,” Dr. Ellen Wright Clayton said at a 2019 lecture titled, “Gender Confirmation Surgery: Anesthesia, Surgical and Ethical Considerations.”

“If you don’t want to do this kind of work, don’t work at Vanderbilt,” Wright Clayton added.

Employees are reportedly allowed to object to performing gender transition surgeries, according to a recent VUMC statement, though one source claimed they were never offered the option to opt out, the Daily Wire reported.

“It was shocking that nobody in the administration or in the department challenged that,” said one source. “I applaud Matt Walsh and the team there. I hope they don’t let this go.”

At least 776 mastectomies were performed on minors aged 13 to 17 who reportedly identified as transgender, according to an October Reuters investigation. VUMC claimed they have performed an average of five surgeries on girls 16 years of age or older since the clinic opened in 2018 though sources tell the Daily Wire at least 10 minors have received double-mastectomies in 2022. 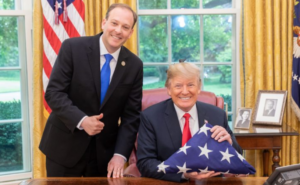