Zeldin is looking to leave the United States House of Representatives and become the governor of New York. He is challenging incumbent Democrat Kathy Hochul.

“I have watched and known Congressman Lee Zeldin for many years. He is a great and brilliant lawyer who was a ‘must see’ for others in Congress when they had a complex legal problem that was holding up legislation,” Trump wrote on Truth Social on Oct. 16.

“Lee was strong on the Border, Crime, our great Military & Vets (like few others!), and fought hard to protect our 2nd Amendment, and succeeded,” the former president added. “Lee Zeldin is a WINNER who GOT THINGS DONE. He will be a GREAT Governor of New York, and has my Complete & Total Endorsement.”

A recent poll currently indicated Hochul has a 6-point lead over Zeldin, who has focused on rising crime and government spending.

New York voters feel Hochul will do a better job addressing K-12 education, health care affordability and abortion rights while they trust Zeldin more when it comes to crime, taxes and spending, according to the Marist poll on Oct. 13.

Two people were shot outside Zeldin’s Long Island home last week, underscoring the issue’s urgency which the candidate has stressed while campaigning.

Local news outlet WGRZ stated that “with independent voters outnumbering Republicans in the state, experts believe the endorsement at this point can only hurt the gubernatorial candidate as Trump has about a 60% disapproval rating among New York independents.”

However, the Marist poll found “49% of independent voters plan on voting for Zeldin while 35% support Hochul.”

Zeldin has attributed his support among voters to his dedication to addressing the state’s high crime rates which he believes New York’s current leadership has failed to do.

“One of the reasons why I got into the race was because of these pro-criminal laws that have been getting passed out of Albany,” Zeldin told Fox News.

She has been endorsed by Senator Majority Leader Chuck Schumer and Congressman Jerry Nadler of New York.

Last week, Hochul seemingly distanced herself from President Joe Biden by calling on him to “take ownership” of the “humanitarian crisis” caused by the influx of illegal immigrants in New York City.

“We really are looking for a federal response to this – to take ownership of a crisis and we’ll be there to help but this belongs to the federal government,” she told reporters last week, per The Washington Times.

Hochul has attacked Zeldin for aligning himself with Trump.

In September, Hochul campaign spokesman Jerrel Harvey told reporters, “Zeldin’s campaign is more focused on appealing to the far-right than delivering results for New Yorkers. On issue after issue, he’s made it clear that he would bring the same dangerous MAGA agenda to New York if elected governor.”

Zeldin brushed off the critique at a subsequent press conference. 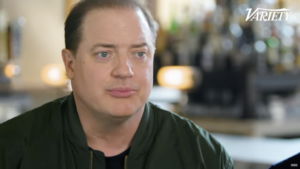