The descendants of General A.P. Hill have asked the statue be given to them

The last publicly owned Confederate memorial was removed from Richmond, Virginia on the morning of Dec. 12, completing a process than began after the Black Lives Matter riots swept the country in 2020.

A bronze statue of General A.P. Hill was lifted with a crane onto a waiting truck. The confederate general’s remains, which are interred in the statue’s base, are set to be exhumed.

Hill was part of the Northern Virginia army and an associate of General Robert E. Lee. A 12-ton statue of Lee was removed from the city in September — nearly 130 years after it was first installed.

The then-Governor of Virginia Ralph Northam said the Lee statue represented “more than 400 years of history that we should not be proud of” during his remarks.

The American Civil Liberties Union of Virginia celebrated the removal of Hill’s statue.

“Let’s not forget: Removing symbols of racism is only one of the first steps to dismantling racist systems,” tweeted the ACLU.

Richmond was the capital of the Confederacy for the majority of the Civil War. Rioters pulled down a statue of Confederate General Williams Carter Wickham in June of 2020. The statue had been installed in 1891 and was one of five Confederate figures along Monument Avenue, which is part of the city’s National Historic Landmark district. Richmond Mayor Levar Stoney had already ordered the removal of statues of Confederate President Jefferson Davis and Confederate Gens. Stonewall Jackson and J.E.B. Stuart. The Lee statue was located on property owned by the state and was therefore under the jurisdiction of the governor of Virginia.

The removal of Hill’s statute proved particularly challenging, however. Not only are the general’s remains within its base, but the statue was located at an intersection known for traffic accidents and near a school which added logistical complications.

“This wasn’t just two years of work. This was 100 years of difficult work,” Stoney told reporters as the monument was placed on the truck, per WTVR. “I’m proud we have arrived at this moment in our history. Now we can turn the page and focus on lifting more people up, becoming more inclusive, and creating a place where everyone belongs.”

A.P. Hill’s descendants objected to an October ruling from Richmond City Court Judge David Eugene Cheek Sr. designating ownership of the statue after its removal to the city. The city government plans to give the statue to the Black History Museum and Culture Center of Virginia, which has been given other Confederate statues.

In November, four collateral descendants of Hill asked that the statue and Hill’s remains be given to them. The descendants also asked the city to pay the cost of moving the statue and just over $14,000 in legal fees. The group had argued that the statue is not a war memorial but a public cemetery and grave marker paid for by the Hill Monument Association and family and friends of the general. They wanted to have the statue moved to Cedar Mountain Battlefield in Culpeper near the Fairview Cemetery, where Hill’s remains will be buried.

“His remains are underneath that monument. I just want to make sure they’re removed respectfully,” said John Hill, one of the descendants, to a reporter while the statue was removed. Hill drove from Ohio to be present during the process. “It’s a tough day. Trying to be calm about everything and hope everything goes well.”

“A.P. Hill didn’t own any slaves at all,” added Hill, who provided proof of his connection to the general in court. “He was fighting an invader, 75,000 troops were raised in 1861 to invade his homeland and he fought back just like any man would.”

The descendants’ request for an emergency conjunction was denied as the judge sided with the city, which argued that it had paid for the monument’s maintenance. The statue has been vandalized in the past.

While an appeal is pending, Hill’s monument will be kept in government storage.

At one point, Virginia had more than 240 Confederate statues and monuments. Their removal is not universally supported in the state. In the fall of 2021, at least three counties voted against ballot measures calling for the removal of memorials or statues dedicated to the Confederacy. 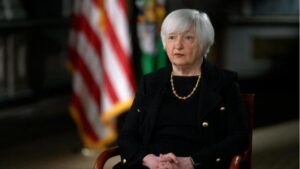