The preliminary injunction was issued on Nov. 29 by the U.S. District Court for the Eastern District of Missouri as part of Missouri vs. Biden. Other plaintiffs include Nebraska, Arkansas, Kansas, Iowa, Wyoming, Alaska, South Dakota, North Dakota and New Hampshire.

“The CMS vaccine mandate threatens with job loss millions of healthcare workers who risked their lives in the early days of the COVID-19 pandemic to care for strangers and friends in their communities,” the lawsuit said. “The Plaintiff States seek to end this dragooning of our States’ healthcare heroes.”

Biden established a nationwide vaccination mandate with an executive order on Sept. 9. As part of the new regulation, any health care facility receiving federal funding had to require its staff to be fully vaccinated. The policy impacted an estimated 17 million workers.

In his ruling, U.S. District Judge Matthew T. Schelp said Biden’s mandate was “arbitrary and capricious.” He noted that the Centers for Medicare and Medicaid Services did not have the authority to enforce the mandate, which would need to be authorized by Congress.

“No one questions that protecting patients and healthcare workers from contracting COVID is a laudable objective,” Schelp wrote. “But the Court cannot, in good faith, allow CMS to enact an unprecedented mandate that lacks a ‘rational connection between the facts found and the choice made.’”

“The judge also ruled CMS ‘improperly bypassed notice and comment requirements’ in imposing the rule and disputed the federal government’s claim the mandate is an ‘emergency’ measure, given it waited months after the vaccines became available to impose the mandate,” per Forbes.

“This is a huge victory for healthcare workers in Missouri and across the country, including rural hospitals who were facing near certain collapse due to this mandate,” Missouri Attorney General Schmitt said in a statement. “While today’s ruling is a victory, there’s more work to be done, and I will keep fighting to push back on this unprecedented federal overreach.”

An additional lawsuit involving a dozen other states is still pending.

The Biden administration has also been challenged in two circuit courts over the constitutionality of the mandate as it applies to private companies. A total of 18 states signed on as plaintiffs in the cases. 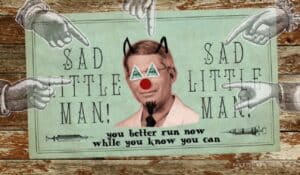