The music video has been reinstated after public outcry, but is not eligible for full monetization because YouTube claims that it violates their policy on “dangerous and harmful acts.”

Brad Skistimas of Five Times August told Timcast that “the original upload was removed from search results for about two/three days and marked for limited ads.”

The animated music video for the song “Sad Little Man” does not mention COVID in the lyrics, but takes aim at the authoritarianism and hero worship surrounding the National Institute of Allergy and Infectious Diseases director. He is portrayed throughout the video as a clown — and at one point burns in hell.

Some of the lyrics include:

He’s dead in his soul

but he’ll keep you alive

Do what he says, not what he do

‘Cause the truth is for him and the lie is for you.”

It goes on to reference the horrific animal studies conducted by NIAID and exposed by taxpayer watchdog and animal welfare organization White Coat Waste Project.

“Sad little man gonna trap you like a dog, put your head in a net while they eat you raw. Don’t ask why, just comply. ‘Cause fear is the drug that the doc prescribed,” the lyrics continue.

Five Times August announced in a tweet that YouTube informed him that the video is ineligible for full monetization due to content or metadata containing “medical misinformation.” He tweeted that YouTube said that a “human review” cited “harmful or dangerous acts” within the content.

Sorry for any confusion — the video is ineligible for full monetization due to the content (which includes metadata) containing Medical Misinformation. Medical Misinfo is a policy that’s part of Dangerous and Harmful acts. Hope this helps clarify! https://t.co/bzzFEFJXZM.

YouTube replied to the tweet saying, “sorry for any confusion — the video is ineligible for full monetization due to the content (which includes metadata) containing Medical Misinformation. Medical Misinfo is a policy that’s part of Dangerous and Harmful acts. Hope this helps clarify!”

It doesn’t @TeamYouTube . I have asked your team via email several times what specific medical misinformation is in my video and nobody will specify. This is clear discrimination and suppression against art and your content creators. Explain yourselves https://t.co/0H43TcEbJk pic.twitter.com/R4lOVmC4V3

The artist replied by saying that the demonetization is “clear discrimination and suppression against art.”

Ultimately, Skistimas decided to reupload the video without the metadata.

“By the third day and no resolve from YouTube I decided to re-uploaded the video a second time, all with the same title and description, but without the metadata tags (which included keywords like Fauci, Vaccine, and Covid-19),” Skistimas told Timcast. “That second upload is running with regular ads (for now).”

The singer and guitarist continued, “still, they marked that original upload as ‘medical misinformation’ and ‘dangerous and harmful’ without clear explanation as to what specifically they are talking about. I’m expecting them to eventually flag the second upload as well, but the fact they’re judging art and suppressing opposing viewpoints so blatantly speaks volumes about their ethics. There are much worse music videos on YouTube with millions and millions of views that are way more harmful than my short little cartoon — and they have full monetization.”

The video had nearly a quarter of a million views in a few weeks, despite being taken offline for a period of time and needing to be reuploaded. 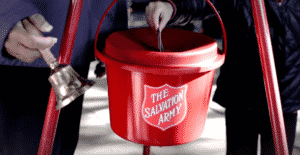