The Salvation Army’s launch of its Red Kettle Campaign was overshadowed this year by its controversial guide to racism in Christianity.

The campaign, launched by the Salvation Army in 1891 as an effort to raise money to feed the poor during Christmas, is the group’s largest annual fundraiser. The international charitable organization is an evangelical branch of the universal Christian Church.

“While many Salvationists have acted firmly and courageously against racism, The Salvation Army acknowledges with regret, that Salvationists have sometimes shared in the sins of racism and conformed to economic, organizational and social pressures that perpetuate racism,” the guide states. “There is an urgent need for Christians to evaluate racist attitudes and practices in light of our faith and to live faithfully in today’s world. We need to seek the wisdom and grace of God in every part of our lives.”

It recommended members apologize for their racism so a “racial reconciliation” could eventually be achieved.

The guide called on “White Americans” to overcome the aspects of “White culture” that inhibit this goal, including “denial of racism” and “defensiveness about race.” The guide said white people should give up “colorblindness” and encouraged staff members to “apologize for being white.”

“Our beliefs have always been rooted in scripture, and they still are,” External Communications Manager Joseph Cohen told Newsweek. “That includes our complete rejection of racism, which is in stark contrast to the biblical principle that we’re all created in the image of God. But these voluntary discussion guides certainly are not required, and they never take the place of our Positional Statements.”

After its guide caught public attention last week, Christian leaders spoke out against the organization. This includes an open letter from radio talk show host Greg Koukl and The Salvation Army Color Us United organization, “which advocates for uniting the U.S. rather than separating it by color.” Color Us United “put out a petition condemning the Salvation Army’s racism guide,” per The Washington Examiner.

“We have done our best to provide accurate information, but unfortunately, some have chosen to ignore those efforts,” the organization said in a Nov. 25 statement. “At the same time, International Headquarters realized that certain aspects of the guide may need to be clarified. Consequently, for both reasons, the International Social Justice Commission has now withdrawn the guide for appropriate review.”

It said that claims that the guide said “donors should apologize for their skin color, that The Salvation Army believes America is an inherently racist society, and that we have abandoned our Christian faith for one ideology or another [were] simply false [and] distort the very goal of our work.” 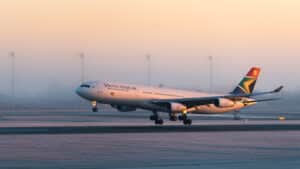