Bruce’s Beach, located in Los Angeles County, was originally purchased in 1912 by an African American couple who moved to California from New Mexico.

The beachfront area — now part of Manhattan Beach — is between 26th and 27th streets and during the early 20th century was for minorities who weren’t allowed to use other beaches.

Charles and Willa Bruce purchased two lots for $1,225. The beachfront land is now worth about $20 million. The couple ran a lodge, cafe, and dancehall that drew black beachgoers. But, the Bruce family, as well as their guests, faced threats from white neighbors and the Ku Klux Klan, as local real estate agents sought ways to harass them.

“When racism failed to drive this Black beach community out of town, city officials in 1924 condemned the neighborhood and seized more than two dozen properties through eminent domain. They said there was an urgent need for a public park,” Rosana Xia wrote in an essay for the L.A. Times.

Nearly 100 years later, following a lengthy legal battle, ownership of the property was returned to the Bruce family in June 2022. According to a lease agreement between the family and the County, the beach would be leased back to the County, which will pay an annual rent of $413,000. The agreement also includes the Bruce family’s right to require the County to sell the property outright for up to $20 million.

According to a local news outlet, the family is planning to exercise the option to sell the beach back to local officials.

“KBLA Talk 1580 has learned that the nationally celebrated Bruce’s Beach reparations case in Manhattan Beach, CA, has taken a stunning and unexpected u-turn,” the radio station announced in a Facebook post. “According to the parties involved, a decision to exercise the little-known option to sell Bruce’s Beach to the County of Los Angeles is imminent. Stay tuned to KBLA Talk 1580 for more details on this breaking news and its historic implications.”

The Bruce family was not the only one impacted by government’s eminent domain laws. The Federal Housing Act of 1949 authorized government to use the power of eminent domain to clear “blighted neighborhoods” for “higher uses.”

Between 1949 and 1973, eminent domain was used in 992 cities for 2,532 projects that displaced one million people, two-thirds of which were African American, according to a study by the Institute for Justice.

“California was at the forefront of this kind of abuse,” Bob McNamara, a senior attorney at the Institute for Justice, a national libertarian public interest law firm, told the Los Angeles Daily News. “For a long time California treated the concept of blighted property as basically synonymous with coveted property. It was blighted if they wanted it.”

Anthony Bruce, the great-great grandson of Willa and Charles, says the government’s seizure of his family’s property destroyed them financially, as well as his great-great grandparent’s chance at the American Dream. He said winning the case to have the property awarded back to the family was a “day we weren’t sure would ever come.”

The beach was returned to the Bruce family in spite of several failed legal challenges to stop the effort.

“Righting a government wrong perpetrated in breach of our core and fundamental constitutional principles works to strengthen governmental integrity, represents accountability in government and works to eliminate structural racism and bias,” he wrote. “The government’s act of rectifying a prior egregious wrong based on racism fosters trust and respect in government.” 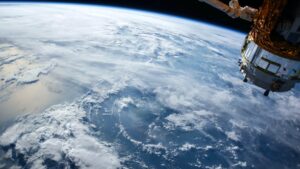