A Los Angeles County commission voted unanimously to return a beachfront resort that was seized from a black family nearly a century ago.

Bruce’s Beach was originally purchased in 1912 by Willa and Charles Bruce, who turned it into a resort frequented by African Americans. The couple had moved from New Mexico and bought the land from a white landowner named George Peck.

The beachfront area of 26th and 27th street is now part of Manhattan Beach. At the time, it was used for minorities who didn’t have access to other beaches.

By 1912, Charles and Willa Bruce had made their way to California. Willa purchased two lots right by the sand and ran a popular lodge, cafe and dance hall that extended a rare welcome to Black beachgoers. A few more Black families, drawn to this new neighborhood that became known as Bruce’s Beach, bought and built their own cottages by the sea.

But the Bruces and their guests faced increasing threats from white neighbors. The Ku Klux Klan and local real estate agents purportedly plotted ways to harass them.

When racism failed to drive this Black beach community out of town, city officials in 1924 condemned the neighborhood and seized more than two dozen properties through eminent domain. They said there was an urgent need for a public park.

But for decades, the properties sat empty. The two oceanfront parcels that had been owned by the Bruces were transferred to the state in 1948, then to the county in 1995. As for the other lots, city officials eventually turned them into a pretty park overlooking the ocean.

What happened to the Bruces was a common occurrence in California, which — like much of the rest of the country — had a sordid history of racial discrimination against blacks, particularly when it came to property ownership.

The president of the California Real Estate Association once warned of a “Negro invasion” and said black residents would collapse property values. In Los Angeles, shortly after a black community was established in South Central, the city began rezoning it for industrial facilities. As a result, junk yards became commonplace in the neighborhood. From California, to the East Coast, through race covenants, not only would the Federal Housing Administration (FHA) not insure black-owned homes, it refused to insure the homes of whites who wanted to live in neighborhoods with blacks.

“This is a day we weren’t sure would ever come,” said Anthony Bruce, a great-great grandson of Willa and Charles. “It destroyed them financially. It destroyed their chance at the American Dream. I wish they could see what has happened today.

“We hope this opens people’s eyes to a part of American history that isn’t talked about enough, and we think it’s a step toward trying to right the wrongs of the past,” he added.

Earlier this month, California’s Task Force to Study and Develop Reparation Proposals for African Americans provided an 500-page interim report recommending the state take steps to atone for past racial discrimination that resulted in measurable disparities.

“Without accountability, there is no justice. For too long, our nation has ignored the harms that have been — and continue to be — inflicted on African Americans in California and across the country,” California Attorney General Rob Bonta said in a statement. “California was not a passive actor in perpetuating these harms. We must double down on our efforts to address discrimination in our state and nation and take a hard look at our own history, including at the California Department of Justice.”

“For us as a family, this had a wonderful beginning. And then it turned into a tragic story for my family. Back in the day, prejudice was rampant. And unfortunately my family was the victim of a hate crime and the prejudice that was around during those times,” said Bruce.

“So, now that this is finally taking place, for us as a family, we are greatly relieved, and we are so thankful that this has made such an impact on our nation,” he added.

“The decision to return Bruce’s Beach to the Bruce family reveals three important factors missing from modern politics: respecting history as a mechanism to destroying systems of racism, the power of local government to correct current conditions from past mistakes, and the accountability to merge that history and power towards correction,” Sonnie Johnson, political consultant and Sirius XM Radio host, told Timcast. “Each portion of the process fit perfectly with the principles of Conservatism and should be seen as a model to repair the Progressive damage done to Black communities.”

As owners of the beach, the family will now lease the land back to L.A. County for $413,000 per year, so county lifeguard facilities may continue operating. The family also retains the option to sell the property to the county for up to $20 million. 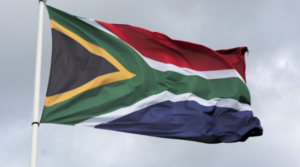