South Africa is experiencing serious power losses from its grid due to labor disputes.

Up to 6,000 megawatts of power are expected to be cut due to a labor strike involving the nation’s power plants.

The disturbance has caused rolling blackouts across the country, with hour-long power cuts being reported repeatedly since June 24. South Africans are being warned to prepare for multiple electrical cuts a day that could each last for two to four hours.

Eskom, the state-owned electricity provider, reported shutting off power “for extended hours because some of its employees were on strike.”

“Due to the ongoing unprotected labor action, Eskom is compelled to take precautionary actions to conserve emergency generation reserves,” the company said in a statement, per Anadolu Agency. “We appeal to all South Africans to help limit the impact of the shortages by continuing to reduce the usage of electricity and to switch off all non-essential items.”

The company and its workers are in the middle of wage negotiations that have deadlocked, acutely increasing tension between both parties.

“Acts of intimidation, arson and public violence have occurred at coal-fired plants that supply nearly all of the nation’s electricity, curtailing supply and [threatening] to deepen rolling blackouts nationwide,” reports Bloomberg. “Sabotage that occurred recently at plants along with actions in recent days could delay any improvement in performance by the utility.”

Enterprises Minister Pravin Gordhan told the media that “in many power stations up to 90% of the staff could not attend to the duties … because of intimidation,” per AfricaNews.

Energy analyst Sampson Mamphweli told eNCA that South Africa may experience Stage 6 power cuts – one stage away from a complete blackout. Major blackouts disrupt cell phone services and water supplies as well as damage the most industrialized economy in the region.

“Once we get to that level it’s going to be very difficult for us to reawaken the entire system,” said Mamphweli. “We are sitting in a difficult situation as things stand.”

He added, “The strike itself came at the wrong time because it came at a time when the system is heavily constrained with more than 40 megawatts that’s not available due to a number of factors like breakdowns.” 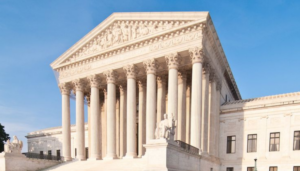