The Supreme Court sided with John Henry Ramirez, a convicted murderer, in March

An execution date has been set for the death row inmate who challenged the regulations limiting spiritual advisers’ role in death chambers.

The United States Supreme Court sided with a legal challenge brought by John Henry Ramirez in March and ruled states must accommodate inmates who want to have priests or other faith leaders touch them and pray with them during their executions. Ramirez had argued that not permitting his pastor to “lay hands” on him and pray during his execution would be a violation of the First Amendment and the Institutionalized Persons Act. The legal objection delayed his original execution, which was scheduled for Sept. 8, 2021.

Texas will now carry out his execution on Oct. 5.

Ramirez exhausted all his possible appeals on Oct. 3 when the Texas Board of Pardons and Paroles unanimously declined to commute his sentence to a lesser sentence.

The 38-year-old was sentenced to death for murdering convenience store clerk Pablo Castro in July of 2004. Castro was taking out the trash when Ramirez attacked him, stabbed him 29 times, and robbed him of $1.25.

The attack occurred amid a series of robberies committed by Ramirez and two women following a three-day drug binge.

Ramirez initially fled to Mexico and was ultimately arrested near the southern border in February of 2008. Four of Castro’s children filed a motion requesting Ramirez’s sentence be left as is in April.

Seth Kretzer, Ramirez’s attorney, said that his client’s request was within his right to religious freedom and within legal precedent. He pointed out that “Nazi war criminals were provided ministers before their executions after World War II.”

“Providing religious administration at the time of death is a reflection of the relative moral strength of the captors,” said Kretzer, per AP News.

Prior to the Supreme Court ruling, only a prison chaplain could be in the death chamber.

Dana Moore, the pastor from Second Baptist Church in Corpus Christi who will accompany Ramirez into the death chamber, will also be permitted to carry a Bible, another change in state regulations. Moore has met with Ramirez once a month at the state prison where he is housed since 2017.

“We always pray. I always tell him I love him; he tells me he loves me,” Moore told CNN. “Our society would be better if John is allowed to live. … If he’s executed October 5, are you really that much safer on October 6?”

According to Moore, Ramirez would like to spend the rest of his life behind bars working as a field minister and counseling other inmates.

“I’m the pastor, and I’ve got work to do,” Moore said of his participation in the impending execution. “I’ve got my vocation, I’ve got my calling to fulfill.”

“I will be there for John [and] be able to see him and just minister to him and be able to touch him, to kind of give him reassurance, some semblance of peace, that he’s got somebody who’s there on his side that’s with him,” he said.

Mark Skurka, the lead prosecutor at the 2008 trial, has objected to a spiritual leader being permitted to pray with him at his death when his victim, Castro, did not.

Castro’s children and family have expressed their frustration with the multiple stays of execution Ramirez has received, which they say drags out their suffering and burdens the taxpayer.

“Honestly, if he wants a priest to bless him before he’s sent off, by all means, go ahead. That doesn’t affect me one bit. What affects me is why this process continues to get delayed time and time again. He is clearly taking the Department of Justice for a two-a-ride and they’re paying his fare,” said Aaron Castro, the son of the victim, told KRIS 6 last year. “This is a $2.3 million process. … Stop costing the people money, stop costing the family heartache and let’s get him the sentence that 94th District Court Judge Bobby Galvan handed down to him. It’s simple.” 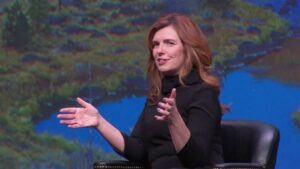 Oregon Could Elect Its First Republican Governor Since 1982