Oregon Could Elect Its First Republican Governor Since 1982

Spencer Kimball, Executive Director of ECP, says Drazan enjoys support from 34 percent of independent voters and 80 percent of Republican voters. Forty-two percent of the overall state electorate hold a favorable view of Darzan, according to ECP.

And ECP’s toplines and crosstabs data show that Democrats were oversampled by more than nine points.

“Among those who say the economy is their top issue, 52% plan to vote for Drazan,” Kimball said.

He also noted that a “majority of those who say ‘threats to democracy’ is their top issue when voting” plan to vote for Kotek.

Oregonians haven’t elected a Republican candidate for governor since 1982 when Victor Atiyeh won re-election in a landslide victory, taking more than 61 percent of votes and carrying every single county in the state.

Currently, Democrats hold a 37-23 majority in Oregon’s House of Representatives and an 18-11 majority in the state Senate.

Among the ECP survey’s findings, in a hypothetical matchup between President Biden and former President Trump, Biden would win the state by a nine-point margin.

The top four issues for Oregon voters are the economy (30 percent), threats to democracy (21 percent), crime (12 percent), and abortion (12 percent). 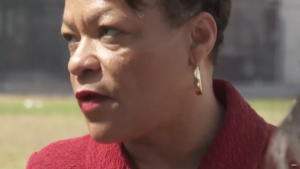