'I Will Have To Reimburse. So I'm Moving Forward To Do That' Said Cantrell

Cantrell, who also reportedly lives in a government subsidized apartment several miles from her house, appropriated the funds for first-class flights to France and Switzerland claiming economy class was “unsafe” for black women. The New Orleans Mayor spent in the neighborhood of $10,000 on her own flat bed seat and another large sum on a first-class flight returning from France while her aides flew in economy class. A city attorney determined Cantrell was classified as an employee of New Orleans and therefore, per city policy, is required to repay the expenses. The city’s policy also cites that employees must seek cost-effective fares or personally repay the city for extra costs.

Cantrell confirmed to WDSU 6 she would repay the expenses but declined to provide a timeframe.

New Orleans Mayor LaToya Cantrell conceded Tuesday that she’ll repay the city around $30,000 for a series of first-class flights she booked on the taxpayer’s dime. https://t.co/BJYBqf9mr8

Cantrell had previously refused to reimburse her flight from Washington Dulles Airport to Switzerland in July, claiming her luxury expenses were in fact a matter of safety saying:

As all women know, our health and safety are often disregarded and we are left to navigate alone. … As the mother of a young child whom I live for, I am going to protect myself by any reasonable means in order to ensure I am there to see her grow into the strong woman I am raising her to be. … Anyone who wants to question how I protect myself just doesn’t understand the world black women walk in.

“As I mentioned in previous interviews, I was waiting on the city attorney’s opinion on this topic, and now it is clear,” Chief Administrative Officer Gilbert Montaño said. “I will fulfill my duties as the CAO, and it’s important that I follow through on all the rules and policies that I have to all other employees.”

I don’t know anybody that works harder or loves the city of New Orleans more than the mayor. I know her personally, and I know her publicly. And I can speak in earnest where her heart is. … I empathize, and I can understand the distraction this has caused. We are at an inflection point where vital and important initiatives are moving forward from infrastructure improvements, operational efficiencies and crucial public safety investments. … We need to move things forward together. It’s vital we keep our eye on the ball, and that’s the city of New Orleans moving forward to a better day.

Cantrell could have her salary docked in the 2023 budget if she fails to repay her expenses, according to new Orleans City Council members

“I commend the City Attorney and the CAO for their professionalism related to this issue. It’s important that everyone plays by the same rules and that reimbursements are made to the City when required,” said City Council President Helena Moreno in a statement. “With this issue settled, we will continue to focus our full efforts on improving public safety, fixing infrastructure projects, and getting City services back on track.” 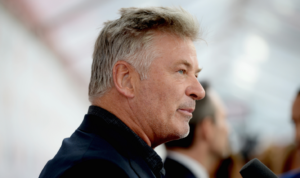