An inmate on death row cannot be denied making physical contact with a spiritual advisor, following a new ruling from the Supreme Court.

The 8-1 ruling is being celebrated as a protection for religious freedom.

In September, the justices stopped an execution in Texas hours before it was scheduled in order to hear the case.

John Ramirez received the death sentence after being convicted of fatally stabbing a store clerk 29 times in Corpus Cristi during a 2004 robbery. He was arrested at the Texas-Mexico border in 2008.

His execution date was set during the summer of 2021. The 37-year-old asked for his pastor to be permitted to lay hand on him and pray over him as he died. Prison officials in Texas denied his request, citing security risks. State officials also questioned Ramirez’s motive, suggesting the request was made as a delay tactic.

“For decades, the Texas Department of Criminal Justice allowed its staff chaplains to rest a hand on a prisoner’s leg and pray quietly during an execution, but the agency only employed Christian and Muslim advisers,” reports the Texas Tribune. “After multiple court orders halting executions over concerns of religious discrimination and violation of liberties, the department’s policy now allows prisoners’ personal religious advisers to be in the death chamber — provided they clear a background check and orientation — but they can’t touch the prisoners or speak.”

On Nov. 9, the court heard arguments in the case for approximately 90 minutes.

“There is not a single example in history where any spiritual adviser has ever interrupted [an execution],” said Seth Kretzer, Ramirez’s attorney, argued in court.

Conservative justices asked a majority of the questions during the hearing. Justice Brett Kavanaugh was notably outspoken. In 2019, the justice offered an opinion opposing a Texas policy that only permitted staff chaplains into execution chambers.

Kavanaugh said he believed the risks were low given the history of government-employed spiritual leaders’ involvement in executions.

“There’s another human being … in the execution room, about the most fraught situation anyone can imagine, especially if the person is by definition close to the inmate, spiritually, friends. And they’re about to die and be put to death,” Kavanaugh said. “The idea that we can predict how another human being will react in that situation … I just don’t know.”

Justice Kavanaugh also expressed concern that granting Ramirez’s request would open the door for other personal requests to be made by inmates on death row.

On March 24, the Supreme Court ruled against the U.S. Court of Appeals for the 5th Circuit’s denial of Ramirez’s stay of execution. The case was returned to lower courts for further consideration.

Chief Justice John Roberts, who authored the majority opinion, wrote that Ramirez’s request to have his pastor lay hands on him and pray over him were “traditional forms of religious exercise.”

“[Texas fails] to show that a categorical ban on audible prayer is the least restrictive means of furthering this compelling interest, and they do not explain why other jurisdictions can accommodate audible prayer but Texas cannot feasibly do so,” wrote Roberts.

“And few have a greater incentive to do so than death-row inmates,” Thomas wrote.

A new execution date will now be set for Ramirez. 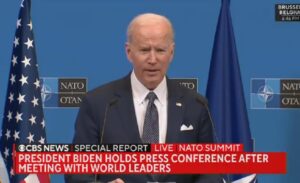