EXCLUSIVE: Fauci-Funded Labs Purchased Dogs to Use in Drug Tests From Disgraced Beagle Breeding Facility That Was Shut Down For Cruelty

Nearly 4,000 beagles are now in need of new homes after being surrendered by the Envigo research and breeding facility in Virginia.

As Timcast previously reported, the facility was hit with 73 violations of the Animal Welfare Act and over 300 puppies died there from January through July of last year.

In March, the federal government seized 446 beagles that were in “acute distress” and placed a Temporary Restraining Order on Envigo to prevent the breeding, sale, or otherwise dealing of beagles at the Cumberland facility.

Three months later, Envigo announced that they are closing the facility because it would cost too much to raise the standard of care for the animals.

“The required investments to improve the facility and the lead time to achieve these improvements have recently increased. As a result, we have decided we will not be investing further in this facility, and it will be closed,” Robert Leasure, Jr., Inotiv’s President and Chief Executive Officer, said in a statement at the time. “We will implement an orderly closure plan. Cumberland comprises less than 1% of our total Inotiv revenue and has not contributed to profits in our Research Models and Services segment since the acquisition.”

Beagles are frequently used in painful animal experiments because of their docile and forgiving nature, even to those who harm them.

Under an agreement between the Department of Justice and Envigo, ownership and physical custody of the dogs was transferred to the Humane Society of the United States.

“This settlement brings to an end the needless suffering caused by Envigo’s blatant violations of animal welfare laws at this facility,” said Assistant Attorney General Todd Kim of the Justice Department’s Environment and Natural Resources Division (ENRD) in a press release from the Department of Justice. “We will continue to vigorously enforce animal welfare laws to ensure that animals are provided the humane care that they are legally owed and deserve.”

Earlier this year, White Coat Waste Project obtained exclusive documents via Freedom of Information Act (FOIA) requests revealing that one National Institutes of Health (NIH) lab has purchased over seven dozen beagles from Envigo since 2019 alone, some as young as one year old, at a cost to taxpayers of between $1,000 and $1,500 per dog.

The documents detailed shocking experiments including one in which the vivisectors took the young dogs, cut their throats open, and implant pneumonia-causing bacteria directly into their lungs.

“Then they wait to see how quickly the dogs die. Any dog who survives 96 hours is considered a ‘survivor.’ The reward for ‘surviving’ is immediate euthanasia,” WCW reported.

Now, the organization has uncovered proof that NIAID-funded experimenters bought beagles from the facility, performed surgery on them to implant monitoring devices, and then force-fed them an experimental drug, according to a published paper from this year.

Covance was the owner of the facility before Envigo bought it in 2019.

Additionally, the paper claims that, “Dogs historically have been used in safety evaluation studies and are accepted by the appropriate regulatory agencies.”

However, White Coat Waste noted that the FDA has stated it “does not mandate that human drugs be studied in dogs.”

White Coat Waste Project is now hoping that with public pressure, the agency will be forced to stop spending taxpayer money on the unnecessary and deadly tests.

“WCW’s newest #BeagleGate investigation is the missing link proving, once and for all, Fauci funded Envigo,” Devin Murphy, Public Policy and Communications Manager of White Coat Waste Project, told Timcast in a statement. “The law of supply and demand applies to beagles, too. Puppy profiteers like Envigo will continue to exist until Fauci and the taxpayer-funded white coats he bankrolls have their purse strings cut. The solution to #BeagleGate is clear: Stop the money. Stop the madness.”

The Fauci-funded beagle tests were paid for out of a larger $32.6 million taxpayer-funded contract, though it is currently unclear how much of that was spent on tests using dogs.

In August of last year, White Coat Waste also exposed that Fauci’s agency spent $424,000 to commission a study in which healthy beagles were given an experimental drug and intentionally infested with flies that carry a disease-causing parasite. The report from WCW explained that “records show that the dogs were ‘vocalizing in pain’ during the experiments.” 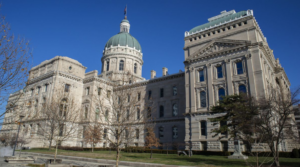