The Indiana Senate blocked an amendment that would have prohibited abortions in the case of rape or incest.

Senator Mike Young had proposed only allowing abortion when the mother’s health was at risk.

“And what you’re telling me is if they rape the woman, we oughta kill the baby,” he added. “That is not right and I will never, ever accept that.”

The amendment was rejected following a 28-18 vote, with 18 Republican joining Democrats to oppose the policy. The legislative body debated the amendment for two hours with lawmakers on both sides of the issue alluding to their faith.

Republican Senator Mike Gaskill, who voted for the amendment, said he was “up here today to represent Jesus.”

Gaskill said voting for the amendment could cost him and other senators their re-elections.

Another Republican, Senator Greg Walker, quoted the Bible before voting against the amendment. He said by excluding the amendment, pregnant women were more likely to stay in Indiana while considering their options.

“I think about those women, who don’t hold the same convictions I do,” Walker said, per WFYI. “But they’re faced with these life-changing questions at a very pivotal moment and we said there are no options in this state.”

The amendment had been proposed as part of Senate Bill 1 which would have banned abortion in the state with no exceptions. If passed, the bill would have made Indiana one of eight states to have a 0-week ban on abortion.

“A companion bill will create the Hoosier Families First Fund and appropriate $45 million to it to support programs that promote healthy mothers and babies, address barriers to birth control, increase access to childcare, benefit foster and adoptive care and meet the needs of low-income families with young children,” per The Indianapolis Star.

Indiana Senate Democrats came out in opposition to SB 1 on July 28.

“In committee, Senate Republicans made their bad bill worse and exceedingly more cruel. Women deserve and want the fundamental right to privacy protected under current law and we refuse to support any bill that impedes women’s access to vital health care,” Senate Democratic Leader Greg Taylor said at a press conference. “Women, with the counsel of their doctors and loved ones, will always be the best suited to make the difficult and nuanced decisions concerning their reproductive decisions.”

“Give them that choice,” Glick said. “Don’t foster that evil on them after the evil they’ve already suffered.”

Glick also acknowledged that her party may not be able to reach a consensus before the Aug. 14 deadline.

“If we can’t reach that result, there is a statute in Indiana we’ll live with until it will change in the future,” Glick said, per ABC News. “If that decision can’t be made in a week or two weeks’ time, then we’ll come back in January and start again.”

Indiana has emerged in the eye of the nation’s abortion debate that was sparked by the Supreme Court’s decision to overturn Roe v. Wade. The state’s abortion ban made headlines after President Joe Biden and other politicians alluded to the story of a pregnant 10-year-old Ohio girl who was taken to Indiana to have an abortion. The girl’s rapist, a 27-year-old illegal immigrant, is currently awaiting trial. 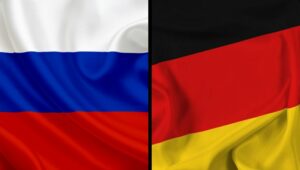 German Energy Crisis Has Cities Shutting Off Some Hot Water