An Ohio judge ordered the 27-year-old man accused raping and impregnating a 9-year-old girl to be held without bond while waiting for trial, citing evidence of his illegal immigration status.

Gerson Fuentes has pleaded not guilty to two counts of rape. He appeared in court for 35 minutes on July 28.

The case gained national media attention after Fuentes’ victim traveled to neighboring Indiana for an abortion. She had just turned 10 at the time of the procedure.

Fuentes, an illegal immigrant from Guatemala, listed his address as the same apartment where the girl and her mother live.

“Everything that they’re saying against him is a lie,” the girl’s mother told Telemundo in Spanish while hiding her face behind the apartment door. The mother also insisted she had not been the one to file charges against Fuentes.

Fuentes confessed to the Columbus police that he had raped the then-9-year-old at least twice.

Additionally, the girl told investigators that Fuentes had assaulted her and DNA from the aborted fetus confirmed Fuentes’s paternity, per AP News.

Franklin County Judge Julie Lynch denied bond to Fuentes, who could be sentenced to life in prison without the possibility of parole if convicted. Lynch noted that “not having any ties to this community that can be proved legally makes [him] a substantial flight risk.”

Lynch also weighed the “physical, and mental and emotional trauma” the victim has undergone, both because of the rape and abortion but also the recent media attention.

“To allow him to return to that home, the traumatic and psychological impact would be undeserving to an alleged victim,” the judge said during the hearing.

Dr. Caitlin Bernard, the Indiana physician who performed the abortion, wrote that the girl was impregnated by a 17-year-old on an official report she sent to the state’s Department of Health.

Bernard told the girl’s story in an interview to The Indy Star following the Supreme Court’s decision to repeal Roe v. Wade.

“It’s hard to imagine that in just a few short weeks we will have no ability to provide that care,” Bernard said during the interview, theorizing that an abortion ban could be enacted in Indiana.

President Joe Biden then repeated the story in a July 11 speech.

Bernard has filed a defamation suit against Indiana Attorney General Todd Rokita, who is currently investigating the doctor.

Fuentes was originally held on a $2 million bail during his arraignment in early July. His lawyer, Bryan Bowen, has said that even if Fuentes made the bond, he would have been held by Immigration and Customs Enforcement.

“I certainly do think it is a shame that this situation has turned into a political football that is being kicked around by a lot of people for their own benefit rather than focusing on the facts of what may or may not have happened here,” Bowen said to WBNS-TV.

Judge Julie Lynch ruled on Thursday that Gerson Fuentes be held without bond. He is charged with raping a 10-year-old girl who later traveled to Indiana seeking an abortion. @Stoiawsyx6 will have the details on ABC 6 at noon. https://t.co/H5RTjDnnzP pic.twitter.com/tBjpDNRTO9 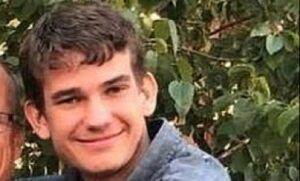