The sixth sanction package could be passed this week

The European Union officially called for an embargo of oil imports from Russia as punishment for the country’s invasion of Ukraine.

Officials for the 27-nation bloc presented their planned ban — which includes reducing oil imports slowly to not upset the economic stability of some nations — on May 4.

Speaking to the European Parliament in France, European Commission President Ursula von der Leyen said the embargo would be phased in over the remainder of the year.

Initially, imports of crude oil would be ended gradually over the next six months. Imports of refined oil products would be terminated by the end of the year.

“We will make sure that we phase out Russian oil in an orderly fashion, in a way that allows us and our partners to secure alternative supply routes and minimizes the impact on global markets,” von der Leyen said.

Many European nations — especially landlocked countries — are heavily dependent on Russia for their fuel supplies. In 2021, about 45% of gas imports and roughly 40% of oil consumption in the European Union were from Russia-supplied sources.

“Reducing Europe’s dependence on Russian gas has been widely discussed for the past 15 years in Brussels,” noted researchers at Columbia University’s Climate School in March. “Despite alarm bells from a January 2009 crisis that led to the disruption of Russian gas transiting through Ukraine for two weeks and Russia’s annexation of Crimea in 2014, Europe has not stemmed natural gas imports from Russia.”

Slovakia and Hungary have both openly stated their resistance to a total embargo. Each country said that cutting off oil imports from Russia would be extremely difficult and have long-term consequences for their citizens. Slovakian Economic Minister Richard Sulik had asked for a three-year transition period.

Under the proposed plan, both countries would be granted one extra year to switch oil suppliers.

“We are ready to support this decision (on sanctions including oil), given the Czech Republic will have some postponement until capacity is increased in oil pipelines which can deliver oil to the Czech Republic,” Fiala said in a statement reported by Zawya. “We are trying to get that postponement for two, maybe three years.”

This is the sixth sanction package the EU has proposed in the wake of the war in Ukraine, which began on Feb. 24.

“Previous sanctions packages have also targeted a number of individuals linked to the Kremlin and the invasion, and unconfirmed reports suggested the head of the Russian Orthodox Church, Patriarch Kirill, would be on the latest list, along with the family of Kremlin spokesman Dmitry Peskov,” per the BBC.

Ambassadors could approve the resolutions as early as this week.

America adopted a ban on Russian oil and gas imports on March 8 in response to Russia’s invasion in Ukraine.

To go into effect, the EU’s proposal must be unanimously approved. 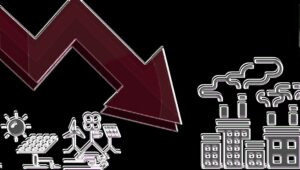