Hungary and Slovakia said they cannot take part in sanctions on Russian energy that the European Union may implement.

Discussions on possible energy sanctions are scheduled to begin on May 4. The European Commission, the EU’s executive branch, has a draft proposal that includes a gradually expanding embargo on Russian oil.

While the EU issued a number of economic sanctions following Russia’s invasion of Ukraine, severing ties to the region’s major oil supplier has been challenging.

Some nations are concerned that they could not comply with the energy sanctions without risking the well-being of their people and economies.

Hungarian Foreign Minister Peter Szijjarto said during a public statement on May 3 that his country could not support sanctions that would “make the transport of natural gas or oil from Russia to Hungary impossible.”

“The point is simple, that Hungary’s energy supply cannot be endangered because no one can expect us to allow the price of the war (in Ukraine) to be paid by Hungarians,” said Szijjarto while speaking in Kazakhstan. “It is currently physically impossible for Hungary and its economy to function without Russian oil.”

Under President Viktor Orban, Hungary has increased its imports of natural gas and oil from Russia. Orban has been noted for his friendly relationship with the Kremlin.

During the COVID-19 pandemic, “Hungary became the first EU nation to buy a Russian-made Covid vaccine — even though it wasn’t approved by European regulators,” reports CNBC.

A Slovakian official expressed concerns similar to those of Hungary, noting that Sovnaft, its only oil refinery, was currently dependent on crude oil from Russia. The country receives crude oil through the Druzhba pipeline which supplies nearly all of Slovakia’s crude oil.

According to the Slovak Spectator, 62% of the nation’s citizens oppose disconnecting their country from Russian energy if it would cause an increase in fuel prices. Approximately 25% would be willing to make the change – even if fuel prices increase – over the next few years.

Richard Sulik, the Economic Minister for Slokavia, told reporters that it would take years to alter the refiner’s techonlogy and therefore “we will insist on the exemption, for sure.”

Russia announced last week that it was immediately ending the distribution of oil to Poland and Bulgaria. Gazprom, the state-owned oil company, said the two countries had failed to purchase their fuel with rubles. The Kremlin announced its energy could only be purchased with Russia’s national currency following a wave of EU sanctions earlier this year.

The following day, Germany announced it was prepared to end its consumption of Russian energy. This announcement from the EU’s largest economy made it possible for the bloc to discuss energy sanctions.

The EU could offer Slovakia and Hungary exemptions to the sanctions or possibly a “long transition period” according to comments made by the Commission and reported by Reuters. 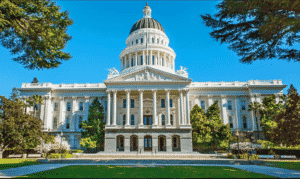