A Ukrainian official compared the pause to blackmail

A major Russian energy company cut off fuel exports to Poland and Bulgaria delivered through the Yamal pipeline connecting Siberia to Europe.

The move increases established economic tension between the nation and the European Union, induced by Russia’s invasion of Ukraine.

The company, Gazprom, said in an April 27 statement that Poland and Bulgaria had refused to comply with a Russian law requiring gas to be purchased with rubles. An estimated 40% of the European Union gas supply comes from Russia.

The company warned Poland and Bulgaria not to make an “unauthorized withdrawal” of any gas that was in transit through their lands.

“Bulgaria and Poland are transit states. In case of unauthorized withdrawal of Russian gas from transit volumes to third countries, supplies for transit will be reduced by this volume,” the statement noted.

“The EU has repeatedly said that they will not pay for gas in rubles, since the signed contracts do not refer to settlements in the “wooden” currency. Russia is trying to split the unity of our allies,” Yermak wrote. “Russia also proves that energy for them is a weapon.”

“That is why the EU needs to be united and impose an energy embargo, depriving Russians of their energy weapons,” the Ukrainian official added.

The disruption to the fuel supply could cause a sharp increase in prices or political turbulence in either nation.

“Poland and Bulgaria are particularly vulnerable to any pause in shipments of natural gas from Russia. Warsaw imports 55% of its natural gas – equal to 21 billion cubic meters – from Russia every year,” resorts the New York Post. “Bulgaria imports over 90% of the gas it needs from Russia via Turk Stream pipeline under a 10-year contract that expires at the end of 2022. Sofia has said it would not hold talks to renew the deal amid Russian invasion of Ukraine.”

“We are prepared,” said Poland’s climate and environment minister Anna Moskwa in a press conference reported by NPR. “We have introduced energy diversification strategies that allow us to feel safe.”

Poland and Bulgaria were immediately impacted by the military conflict between Russia and Ukraine that began on Feb. 24. More than 196,000 Ukrainian fled to Bulgaria in the wake of the conflict, with more than 91,826 remaining in the country rather than moving on to another European nation.

More than 2 million Ukrainians went to Poland, with approximately half moving on to other countries. Poland also granted Ukrainians the legal right to live and work in the country for 18 months with possible extension. 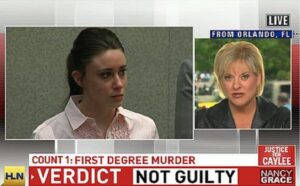 Casey Anthony to Tell 'Her Truth' in Upcoming Documentary