Casey Anthony to Tell 'Her Truth' in Upcoming Documentary

Casey Anthony is speaking out on camera for the first time since being acquitted of her two-year-old daughter’s murder 11 years ago.

According to reports, Anthony, now 36, will be appearing in an upcoming documentary about her life for a “major streaming service.”

“She’s waited almost 14 years to really talk deeply about her experience,” an unnamed source told People Magazine. “She’s now getting ready to tell her truth. She feels like it’s time.”

Anthony was arrested in 2008 after her daughter Caylee’s body, who had been missing for six months, was found in a wooded area near her family home.

The search for the toddler was consistently derailed by Anthony’s claims that she had left the child with a nanny, Zenaida “Zanny” Fernandez-Gonzalez. A woman by that name was located, but it was determined that she never met Anthony, nor anyone who had ties to her.

Anthony’s own parents had reported her to police after they picked up her vehicle from a tow yard and noticed a strong smell from the trunk. At this point, they had not seen Caylee for 31 days.

“There is something wrong. I found my daughter’s car today and it smells like there’s been a dead body in the damn car,” Anthony’s mother Cindy said during the 9-1-1 call.

The prosecution sought the death penalty and presented a case that Anthony had used chloroform on Caylee and duct taped her mouth and nose so that she could go out and party. They presented evidence of Google searches for the terms “neck breaking” and “how to make chloroform” on a computer accessible to Casey. In fact, someone had searched for the word “chloroform” 84 times.

The defense claimed that Caylee had drowned in the family pool and that Anthony’s father George disposed of her body in the woods.

The trial was televised and over 40 million people watching at least a portion of it.

The only interview Anthony has done since the trial was with the Associated Press, off-camera.

Anthony maintained that she was innocent and that she does not care if people think she murdered her child.

“I don’t give a s— about what anyone thinks about me, I never will,” Anthony said. “I’m OK with myself, I sleep pretty good at night.”

The article detailed Anthony getting hit on by men at bars.

“When she is out in public, men are attracted to her long, dark locks and petite frame, and often pay for her signature drinks: either a Fat Tire beer or a Jack Daniels and diet coke, with a lime wedge. But news that she is there spreads quickly; people whisper and snap photos, and she retreats to her newly purchased SUV so she can return home, alone,” the report said.

Anthony was spotted in public protesting then-President Donald Trump at Mar-a-Lago in 2017. She made headlines once again in 2021 after getting into a bar fight with another woman over a man that they had both dated.

A release date for the documentary had not been released at time of publishing. 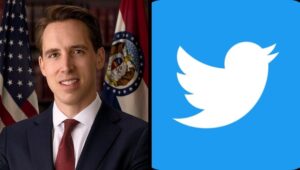