Hawley’s office released a letter the senator sent to Elon Musk, the presumptive future owner of Twitter, suggesting that the entrepreneur open the social media site to a public audit once he takes over.

“Congratulations on your acquisition of Twitter,” Senator Josh Hawley said in the letter to Musk released Wednesday. “Your commitment to free speech is rare in the world of social media, and I am hopeful you will indeed help Twitter become a platform that values and protects it.”

He then explained that Twitter has repeatedly ducked inquiries into their moderation policies, viewpoint discrimination, suppression of content, and cybersecurity, suggesting that Musk will have an opportunity to change this pattern of behavior once he is in charge.

Senator Josh Hawley has made repeated oversight requests to the microblogging site to understand the reasoning behind some of their actions. In 2019, when Twitter suspended the promotional account for the pro-life movie “Unplanned,” he sent his first letter recommending an audit. Twitter eventually reinstated the account and confirmed that it had not violated its community standards.

Twitter claimed the erroneous suspension, which occurred during the movie’s opening weekend, was caused by their “system” incorrectly linking the movie’s account with another account that had been in violation of their rules but did not elaborate on whether that system issue was the result of a human or algorithmic error.

Since not all account terminations are as high profile as the removal of Donald Trump or “Unplanned,” Hawley would like the audit to include the total number of suspended users, the decision process behind the suspensions, and whether Twitter’s punitive actions reveal a pattern of “consistent political bias.”

Shadowbanning — the practice of throttling the normal reach of a social media account — is something that Twitter has denied implementing in the past.

Twitter’s disclosures on the subject tell a slightly different story. In some cases, their blog explains, a user’s tweets might not appear in their followers’ feeds, search results, or replies. Twitter argues that this isn’t a form of shadowbanning since users are free to directly view those tweets on the author’s profile.

Hawley said the “American people deserve to know the truth about what went on at Twitter” and has requested information on any shadowbanning efforts.

In addition to aggregate data concerning how Twitter shadowbans and suspends users, Hawley would like to know about the individuals within the company that made critical decisions. “Who was responsible,” his letter asks, “for deliberately suppressing the New York Post’s now vindicated reporting on Hunter Biden’s laptop and business dealings?”

He would also like any information regarding changes made by Twitter employees following the news of his takeover and whether they had deleted any records.

Twitter’s board accepted Musk’s $44 billion buyout deal on Monday. Now, he awaits the final hurdles of a shareholder’s meeting to confirm the sale and approval from regulators such as the Federal Trade Commission. 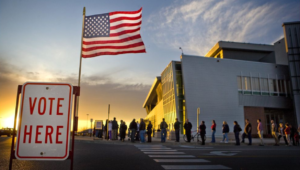