Germany reversed its stance on Russian oil imports, making it possible for an all-European Union embargo.

Germany had initially resisted banning the imports in the wake of Russia’s invasion of Ukraine because of the likely economic consequences. Prior to the invasion, an estimated 25% of German oil was purchased from Russian suppliers. German Economy Minister Robert Habeck said on April 27 that the total has been reduced to 12%.

The nation’s representative to the EU said the country had “lifted its objection to a Russian oil embargo pending the country has enough time to find alternative supplies,” per The Wall Street Journal.

Habeck said an embargo was now “manageable” after Germany reached an import agreement with Poland. Germany will now receive oil from global suppliers through the Polish seaport Gdansk. The port connects to the PCK oil refinery in Schwedt, Germany.

The EU has already issued a number of economic sanctions against Russia, including banning coal.

In response, Russia demanded those nations seeking to purchase its oil pay with its national currency the ruble. Russia is a major source of energy in Europe.

Russia announced on April 27 that it had halted all gas exports to Poland and Bulgaria with immediate effect. Russia had at that time declined a payment made by Germany in rubles for gas delivered in April and May.

“A full EU embargo on Russian oil could signal further escalation in the economic conflict unfolding between the Western world and Moscow, which have used energy markets to try to punish each other,” reports Business Insider.

Ukrainian officials have called on the EU to implement a full embargo since the invasion began. Because Russia’s government profits from the oil sales, the Ukrainian government feels continuing the energy sale aids the nation.

“For a decade we have been saying that Russia was using its energy to blackmail Ukraine and others,” Alex Riabchyn, a former deputy minister for energy and environment for Ukraine, told Newsweek. “Maybe now it won’t take the next decade for European countries to sanction Russian energy, to cut gas imports, oil and coal imports from Russia.”

Germany is the largest economy in Europe, giving it significant influence over the bloc’s potential embargo. Its initial opposition to a complete ban on Russian oil was shared by Hungary and Austria.

In addition to negotiating a new energy source, Germany also announced its intention to send major weapons to Ukraine this week. 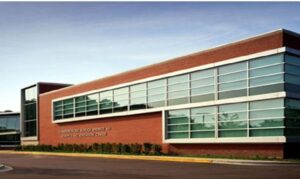