Elon Musk tweeted a video of himself entering the Twitter headquarters in San Francisco on Wednesday, holding a sink, as his deal to purchase the platform nears closing.

Musk also updated his Twitter bio to include the designation of “Chief Twit.”

“Entering Twitter HQ – let that sink in!” Musk tweeted with the video.

Earlier in the day, Musk had tweeted, “a beautiful thing about Twitter is how it empowers citizen journalism – people are able to disseminate news without an establishment bias.”

Last week, it was reported by the Washington Post that Musk plans to fire 75 percent of the company’s staff once he takes over. This means bringing the staff from approximately 7,500 workers, down to about 2,000.

The deal needs to close by Friday in order to avoid legal proceedings moving forward.

In April, Musk signed a merger agreement promising to buy the platform for $54.20 per share and take it private. The total cost ended up being $44 billion.

The terms of the agreement also included a $1 billion fee if Musk backed out.

As Timcast previously reported, Twitter filed a lawsuit against Musk in Chancery Court in Delaware on July 12. The lawsuit accuses him of “refusing to honor his obligations” after he backed out of the deal citing his belief that the company lied about the amount of fake and bot accounts on the platform.

The lawsuit also alleged that the billionaire repeatedly violated the terms of the agreement, which forbid him from disparaging the company or its leadership. It additionally accuses him of abandoning efforts to secure the funding, despite obligations in their agreement to use “reasonable best efforts” to make it happen.

If the deal is not finalized by Friday, a trial date will be set for November. 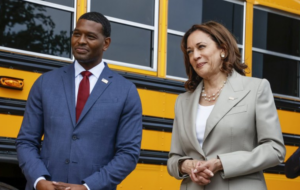