Rep. Crist secured the gubernatorial nomination in the state’s Democratic primary on August 23 and announced that he will step down by the end of the business day on August 31.

“Today, I’m announcing my resignation from Congress. Casework operations will continue under the Office of Florida’s 13th Congressional District until newly elected members take office in 2023. It’s been a privilege to serve Pinellas in Washington,” Rep. Crist tweeted on Wednesday along with a statement about his resignation.

Today, I’m announcing my resignation from Congress. Casework operations will continue under the Office of Florida’s 13th Congressional District until newly elected members take office in 2023.

It’s been a privilege to serve Pinellas in Washington. Read my full statement below. pic.twitter.com/z3j5oRLAvT

I have always made it my top priority to improve the lives of my bosses — the residents of Florida’s 13th Congressional District,” Crist wrote in a letter to House Speaker Nancy Pelosi. “This has been reflected in my legislative priorities, some of which, through your leadership, I am proud to have seen become law and already positively impact the American people.”

Crist cited expanding the Veteran Treatment Courts to get veterans who are arrested treatment instead of jail time, creation of the Interagency Spam Calls Task Force to crack down on illegal phishing and scam calls, and making survivors of domestic violence eligible for waived costs when replacing critical documents that are lost while escaping an abuser — including social security cards and drivers licenses.

According to a report from Politico, the seat will likely remain vacant until the November election.

CNBC noted that “the move will shrink Democrats’ already-slim majority in the House, potentially complicating efforts to pass more legislation before the midterm elections when Republicans are currently favored to take control.”

Crist previously served as Florida’s Republican governor from 2007 to 2011. He registered as a Democrat a year later and ran a failed campaign for the office again in 2014. He has also served in Florida’s state Senate, as the state’s attorney general, as well as education commissioner.

Gov. DeSantis holds a strong lead over his challenger, according to nearly every poll.

At the end of August, California Governor Gavin Newsom announced a $100,000 donation to Crist’s campaign. 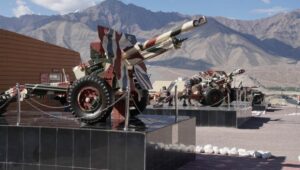