State Dept. Spokesman: US is involved for 'as long as it takes'

The Wall Street Journal, which spoke to Department of Defense personnel on the condition of anonymity, released a report on the depletion of military stockpiles confirming the concerns of a former DOD undersecretary who cautioned Congress that replenishment contract fulfillment takes two to five years to complete.

Despite warnings from two experts in the field of logistics and procurement, a Wall Street Journal report indicates that their testimony is starting to come to fruition. Officials at the Department of Defense described the stockpile of 155mm ammunition as “uncomfortably low.”

Ellen M. Lord, who served as the Undersecretary of Defense for Acquisition and Sustainment in the Trump administration, spoke at a Senate Armed Services Committee hearing in April and cautioned that the rate we were transferring ammunition to Ukraine was unsustainable

Also in attendance was David J. Bertreau, a former Assistant Secretary of Defense for Logistics and Materiel Readiness, who is now the chief executive officer of a trade association representing suppliers to the federal government. When asked by Senator Roger Wicker whether we could sustain our weapon deliveries to Ukraine, the former assistant secretary explained that the replenishment process takes two to five years to complete. “We have yet to see a single contract in place to start that replenishment, discussions are going on, but there’s no definition of what the requirements are yet because we still don’t know how far we’re going to drawdown. We’re drawing down, I’ve seen in some of these cases, by as much as a third of available stocks in less than two months,” he said.

“If we’re one-third down in less than two months, that’s only six months. There is no way a contract is going to deliver replacements in that time, even if we started today. We’re behind, and you guys should push them to hurry up,” Bertreau said.

The Biden administration has not expressed any alarm over the depletion, however. Asked about the stockpile concerns during a teleconference, Vedant Patel, Principal Deputy Spokesperson for the Department of State, did not acknowledge the question, and only spoke about the nature of U.S.-Ukraine relations.

“I think what’s important to remember here is that the United States has stood with the people of Ukraine for 31 years, and we will continue to firmly stand with them as they defend their freedom and independence,” Patel said.

The State Department spokesperson then suggested that supply concerns expressed by the military would not impede efforts by the administration to continue to supply Ukraine. “Our belief is, is that we will do everything we can to ensure that Ukraine can defend itself, can defend its territorial sovereignty, to defend its territorial integrity. And we are going to continue to stand with Ukraine for as long as that takes,” he said.

But a report on the production of rocket motors by the Government Accountability Office cautions that having the appropriations on hand does not guarantee production will be able to fulfill the demand. GAO’s review of the solid rocket motor industry, which was published in October 2017, found that not only had mergers and acquisitions left the number of American-owned solid rocket manufacturers to just two, but that consolidation at the top dealt a devastating blow to thousands of sub-suppliers. “One SRM manufacturer estimated a decrease in suppliers, from approximately 5,000 to 1,000, over the last 20 years,” GAO said. This bottleneck, according to their findings, presents a serious challenge — particularly if the replenishment orders are larger than normal.

According to the Congressional Research Service, the Department of Defense has received $12.55 billion in appropriations for 2022 earmarked for the replacement of ammunition that has been delivered to Ukraine in support of the war effort. In addition to that $12.55 billion, $6.3 billion has been spent by the DOD in support of its Ukraine Assistance Initiative. Also, $4.65 billion in Foreign Military Financing has been provided to Ukraine in order for their defense department to procure weapons systems and ammunition.

CRS also notes that the support of Ukraine has cost the United States in less obvious ways such as expenses related to logistics for the troops deployed as security assistance to countries neighboring the warzone. 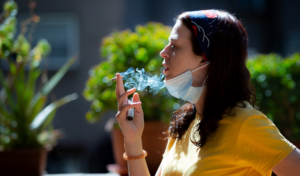