Gov. Newsom announced his donation to Rep. Charlie Crist in a statement tweeted on Thursday.

“Time to make Ron DeSantis a one-term governor. I’m pledging $100k right now to @CharlieCrist. Who will join me in helping Charlie become the next Governor of Florida?” Newsom tweeted, along with a link to Rep. Crist’s campaign donation page.

Who will join me in helping Charlie become the next Governor of Florida? https://t.co/YvpkkGKkOb

This isn’t the first time that the California Democrat has taken shots at Gov. DeSantis.

In July, Gov. Newsom launched a series of ads urging Florida residents to move to his state of California. He spent $105,000 on the commercials that aired on Fox News in the state.

“Freedom is under attack in your state,” Newsom said in the ad. “Republican leaders — they are banning books. Making it harder to vote. Restricting speech in classrooms. Even criminalizing women and doctors.”

“I urge all of you living in Florida to join the fight,” Newsom continued. “Or join us in California where we still believe in freedom.”

The DeSantis re-election campaign mocked the ads, saying that Gov. Newsom “might as well light a pile of cash on fire.”

“Gavin Newsom might as well light a pile of cash on fire,” campaign spokesman Dave Abrams in a statement about the commercials provided to the New York Post. “Pass the popcorn for his desperate attempt to win back the California refugees who fled the hellhole he created in his state to come to Florida.”

Both of the governors have been the subject of speculation about 2024 presidential bids — but both are up for re-election in their states in November. 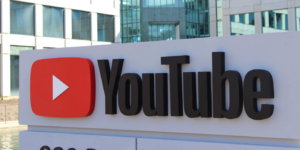