The ruling prevents Senate Bill 320, which was signed by Governor John Carney in July, from being implemented. The law permitted any state voter to cast a mail-in ballot during the upcoming November elections under any circumstances. Previously, state law only permitted mail-in voting if the resident could not appear at their polling place due to illness, injury, work, accompanying a spouse or dependent for their occupation, or public service to that state or nation.

On Sept. 13, Vice Chancellor Nathan Cook issued an 87-page opinion that ruled the practice violated the state constitution. He issued an injunction to prevent the no-excuse mail-in ballots from being issued or counted during the 2022 midterm elections.

Cook upheld the constitutionality of same-day registration, which was enacted in a separate policy passed by the state legislature.

The state Supreme Court heard oral arguments regarding the voting law on Oct. 6.

Republican Party Chair Jane Brady and Attorney General Candidate Julianne Murray argued that the Delaware Constitution has an established set of the permissible reasons for absentee voting as well as regulations of when voter registration can occur, which must be closed 10-20 days before an election. The opponents of the law also said it will create logistical complications.

By allowing the plaintiffs to challenge the vote-by-mail statute on the grounds that it illegally diluted their own votes, Delaware’s Supreme Court would become the first state supreme court in the country to determine that voting by mail could constitute ‘voting dilution’ — a concept generally used to describe the packing of minority voters into a single district or the spreading of minority voters across multiple districts to diminish their power as a voting bloc.

The Supreme Court released a three-page ruling siding with the law’s opponents on Oct. 7. A more formal ruling will be released in the near future.

The decision affirmed one of Cook’s September rulings and reversed the other.

“The Court enters this abbreviated order in recognition of the impending election scheduled for November 8, 2022, and the Department of Election’s desire to mail ballots to voters by or around October 10, 2022,” the court added.

Due to the COVID-19 pandemic, Delaware permitted universal mail-in voting during the 2020 election. 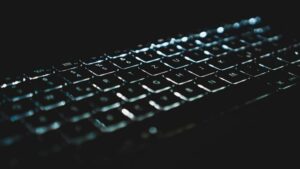