Delaware has been required to stop no-excuse mail-in voting after a judge ruled the practice unconstitutional.

The law allowed any registered Delaware voter to vote in the November general election via a mail-in ballot which had to be requested from the Department of Elections. Voters were permitted to use mail-in ballots during the 2020 election while Delaware was under a State of Emergency declaration.

SB 320 formally installed mail-in voting as an option under any circumstances.

Republican lawmakers expressed concern about the law, which they said conflicted with Article V, Section 4A of the state constitution, which states that vote-by-mail is only allowed under the absentee process. Delaware only permits voters to be granted an absentee ballot when they cannot appear at their polling place.

Cook, who serves on the Delaware Court of Chancery, issued an injunction on Sept. 14. In his 87-page opinion, he found that permitting mail-in voting during the general election “will result in the dilution of constitutional votes with unconstitutional votes.”

“If I were to not enjoin the Vote-by-Mail Statute, then the courts would be faced with the impossible task of ‘unscrambling the eggs’ of an election undermined by unconstitutional votes,” Cook wrote. “Given these considerations, Plaintiffs will suffer irreparable injury if the Vote-by-Mail Statute is not enjoined and doing so is necessary in the interests of justice.”

“Furthermore, the fact that votes will be cast under this unconstitutional law means that the election will not be conducted in strict accordance with our Constitution,” he added.

The injunction does not alter voting in the state’s primary elections, per DelawareLive.

“This week’s ruling only confirms what our legal team had been advising all along. To allow for vote-by-mail in Delaware, the legislature would have to amend the state constitution,” said House Minority Leader Danny Short in a statement to WMDT. “The only way to amend the constitution is to pass legislation by a two-thirds majority vote in both legislative chambers in two consecutive General Assemblies.”

Short said Delaware’s “justice system helped to preserve our voting system by striking down the law” which failed to meet the necessary “constitutional threshold” for enforcement.

House Minority Whip Tim Dukes told the outlet that the state constitution’s voting provisions “are there for good reason – to protect against giving the General Assembly broad powers when it comes to crafting new voting laws in whatever fashion legislators see fit.”

“The party in leadership – regardless of whether they are Democrat or Republican – should never have that much power to potentially impact our fair and secure election system,” said Dukes. “This week’s ruling confirmed that the public’s best interest remains at the forefront.”

The Delaware chapter of the American Civil Liberties Union advocated for SB 320, which would have allowed voters to choose between mail-in or in-person voting.

“By passing a universal vote-by-mail option for 2022, Delaware will open a channel for young people, low-income communities, minorities, those without access to transportation or limited schedules, and those with high-risk health conditions to have their voices heard in the upcoming elections,” the organization said in a statement. 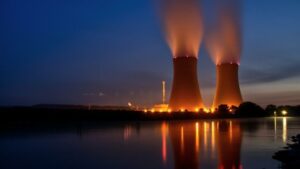