'Our purpose is not to form a uniformity of viewpoints,' the school said in a statement

The high school that comedian Dave Chappelle attended will name its theater after him despite the recent controversy that followed his Netflix comedy special.

Duke Ellington School of the Arts in Washington, D.C. had postponed the renaming ceremony after receiving concerns from students regarding jokes Chappelle made in “The Closer,” his recent Netflix comedy special.

Chappelle unexpectedly visited the school before Thanksgiving and was reportedly called “childish” and a “bigot” by a student during a Q&A.

On Nov. 27, Chappelle announced on Instagram that he would leave the fate of the theater’s name up to the results of a fundraising competition.

Ultimately, the school announced it had decided to move forward with its dedication.

“While we appreciate Dave’s impromptu and spirited fundraising initiative, we stand behind our decision to honor the wishes of our co-founder, the late Peggy Cooper Cafritz, to name the theatre after Chappelle,” Duke Ellington said in its statement. “All donations will go towards arts programming and every donor, irrespective of their support or opposition to the theater naming, will receive an official thank you from our team.”

The school underscored that “Chappelle cares deeply about Ellington and its students and regards them as family.”

It added Chappelle went to the school “to hear directly from the few students who have concerns about his recent comedy special [and] to directly express support for their safety in light of some disturbing online comments targeting the Ellington community.” It noted: “the clear majority of students at Ellington favor naming the theater for Dave Chappelle.”

“While there has been extensive media coverage about the theatre naming and Chappelle’s most recent visit to the school, the source stories that have gone viral have been inaccurate, devoid of context, and neglected to include the nuances of art,” Duke Ellington said. “As an art institution, we educate our students on the importance of media literacy and art as a free and open form of expression to both reflect and challenge society. Our purpose is not to form a uniformity of viewpoints, but to help instill genuine, respectful curiosity in perspectives that challenge one’s own. “

The renaming ceremony, which had been planned for Nov. 23,  is now scheduled to take place on April 22.

Chappelle’s sixth Netflix comedy special was released in October and unleashed a firestorm of controversy. Critics called several of his jokes homophobic and transphobic. He was denounced by GLAAD and LGBTQ Netflix employees organized a “Day of Rest” in protest of the company’s decision to release the special. 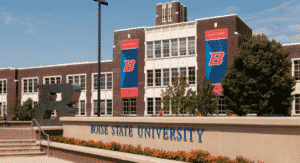